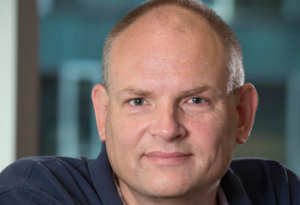 Andrew Moore was a professor of computer science and robotics at Carnegie Mellon University for a dozen years when Google hired him away in 2006 to lead some of its efforts around ad targeting and fraud prevention.

CMU lured Moore back in 2014, making him the dean of its computer science school. But he still understands well what goes through his colleagues’ minds when industry comes calling, and he says the battle to keep them in academia grows fiercer by the year.

Earlier today, we talked with Moore about Uber, which famously raided the school’s robotics department a year ago, poaching 40 of its researchers and scientists. We also talked about how Moore entices people to stay, and the newest new thing his 2,000-student school is focused on right now. Our chat has been edited for length.

Sorry to start with a question you’re surely asked too often, but just how big a hit did the school take when Uber recruited away some of your professors and researchers?

This kind of thing happens from time to time, especially in fast-growing areas where academia and industry are advancing things all the time. In January 2015, Uber hired away four faculty and about 35 technical staff to start its Advanced Technologies Center in Pittsburgh. By the school’s standards, this is one of many examples where our faculty disappear for a while into industry. It happened to me. Usually, every year, between five and 15 faculty members take a leave of absence for one or two or up to four years. Some never come back. Most do.

The perception was that this was a significant wave, though.

And that public perception is what really hurts. The truth is we have about 40 faculty and four took a leave of absence for a while to work for Uber. Meanwhile, this is such a growth industry that we’ve hired 17 new faculty in the past year, about half in robotics and half in machine learning. It’s frustrating. We’re trying to find space for new robotics people, not suffering from a lack of them.

What’s the school’s relationship with Uber like today? Is there one?