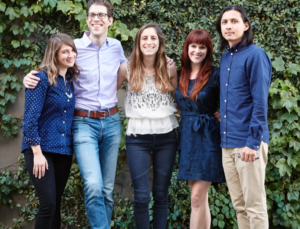 Designer Fund, a San Francisco outfit that looks to invest in seed-stage startups that feature designers on their founding teams, has raised $20 million in funding from unnamed individual investors, most of them successful designers looking to support the next generation.

The four-year-old firm was founded by Enrique Allen and Ben Blumenfeld, who remain its only general partners. Previously, Allen was a designer with 500 Startups and Facebook’s fbFund; Blumenfeld was meanwhile an early design lead at Facebook who spent more than five years with the company. The two met at the Stanford Persuasive Tech Lab, which studies how computer design can change human behavior; when Blumenfeld left Facebook to take a sabbatical, they decided to form Designer Fund.

“We saw a lack of capital that really understood and valued design at the early stages,” explains Allen, who notes that Airbnb’s founders weren’t taken seriously at first because few understood how two design students could rethink and expand the travel market.