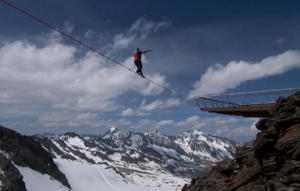 A year ago, privately held online lenders like Prosper, SoFi and Avant looked all but certain to go public at the same unicorn valuations their venture investors had assigned them — if not higher. They were seemingly reshaping the student, consumer and small business lending business. The market they’re chasing is enormous: The U.S. consumer lending market is a $3.5 trillion industry, and 22 of  the largest online marketplace platforms originated just more than $5 billion of unsecured consumer credit in 2014 and more than $10 billion in 2015.

They also talked a big game. When SoFi raised a whopping $1 billion from Softbank last year, CEO Michael Cagney told Bloomberg: “I’m looking at over $1 trillion of market cap from the banks, and I think it’s all vulnerable.”

In an SEC filing Monday, Lending Club, which announced the surprise departure of its founder and CEO last Monday, revealed that investors who “contributed a significant amount of funding” for loans are now examining that performance “or are otherwise reluctant to invest.”

That’s a huge problem. Lending Club can’t originate a loan until it has sold it to another party.

For many casual observers in Silicon Valley, the first signs of trouble in the online lending category emerged in late April, when the WSJ reported that Avant made $514 million worth of new loans in the U.S. in the first quarter, a 27 percent drop from the fourth quarter of 2015. Then, two weeks ago, Prosper confirmed that it planned to cut roughly 28 percent of its staff in response to falling loan volume. And Prosper’s news came just a day after OnDeck Capital said its own first-quarter losses had more than doubled as demand for its loans began to nosedive.

Of course, the kicker came last week, when Lending Club CEO Renaud LaPlanche resigned following an internal audit that turned up $22 million in loans that were sold to Jefferies yet didn’t meet the investment bank’s criteria.

If the shift in the companies’ fortunes seemed abrupt to Silicon Valley, it wasn’t a surprise to many in the financial industry. They’ll tell you they’ve seen this movie before.

Online lending “grew incredibly quickly from loan volumes of almost nothing eight years ago to many billions of dollars a year,” says Max Wolff, chief economist at Manhattan Venture Partners, a merchant banking firm in New York. “But what started out as a disruptive movement known as peer-to-peer was far more novel than what it became, which, in many cases, is a front for whoever is providing [some of these startups with] capital to lend.”

The obvious benefit of taking capital from larger institutions is that they allow online lending companies to grow, and quickly. While companies operating in this space come with inherent advantages — they use automated loan applications; they have no retail branches; they use electronic data sources and tech-enabled underwriting models that help them to quickly identify a borrower’s credit risk — having deep-pocketed friends has made other things easier. Among them is being able to provide funding decisions within 48 to 72 hours, and to offer small loans with short-term maturities.

Until recently, Wall Street has happily obliged. And why wouldn’t it? With interest rates so low for so long, these new lending products have been an attractive place to generate revenue. Some online lenders — whose customers include small businesses, consumers, and students — have charged more than 60 percent in annual interest on their loans, including origination fees.