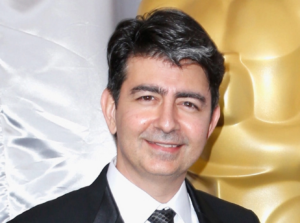 Well, this story keeps getting more and more interesting.

According to a newly published account in the New York Post, Pierre Omidyar, the billionaire founder of eBay, is involved in an effort to help Gawker Media in its appeal of a $140 million judgement that was awarded to Hulk Hogan following Gawker’s release of a sex tape involving the former wrestler.

Specifically, First Look Media, an online news venture that includes the The Intercept and which is financially backed by Omidyar, is reaching out to other media organizations to file friend-of-the-court briefs to influence an appeals court’s decision in support of Gawker.

According to the The Post, by “filing the amicus briefs in support of Gawker, First Look could effectively elevate the trial into a First Amendment rights case,” one that would “pit” the media organizations supporting Gawker against a powerful foe of the organization: billionaire Peter Thiel.

As is widely known by now, Thiel revealed earlier this week that he’s been financially aiding Hogan’s case, to the tune of $10 million. The reason, Thiel said: he deems a Gawker bully whose work often has no connection with the public’s interest.

Thiel did not respond to requests for comment this week.

But Omidyar said this afternoon that any perceived animus between himself and Thiel is non-existent. In a tweet following the Post’s publication of its story, Omidyar writes that he has “never met Peter,” that he respects Thiel’s work as a venture capitalist, and that there is no “bad blood.”

Omidyar was featured periodically in Valleywag, though its coverage was relatively tame compared to some of its posts about other Silicon Valley executives.