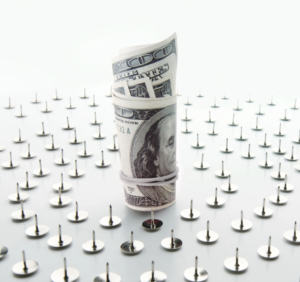 Elevate, a venture-backed company that uses big data to assess loan applications from people with low credit scores, has been called out as a predatory lender, including in Fortune last year. One reason among others is that the APR on some of its loans is a stunning 349 percent.

Yet the company’s predecessor, Think Finance, which was founded in 2001 and quietly spun out Elevate into a new entity in 2014, is no hero to those with so-called non-prime credit, either, suggests a new lawsuit that is now moving toward a trial.

According to the suit, plaintiffs are seeking financial relief against a particular payday lender that partnered with Think Finance to avoid state anti-usury laws and that has “taken advantage of people who are struggling financially by charging extortionate interest rates and engaging in illegal lending practices,” it states.

Among the specific claims against Think Finance — as well as its venture backers Sequoia Capital and Technology Crossover Ventures — are that they engaged in racketeering and the collection of unlawful debt.

The payday lender is Plain Green, which calls itself a “tribal lending entity wholly owned by the Chippewa Cree Tribe of the Rocky Boy’s Indian Reservation.”

But Matthew Byrne, the Burlington, Vermont-based attorney who has filed the complaint, writes in it that “Plain Green was created after existing payday lenders approached the Chippewa Cree Tribe of the Rocky Boy’s Reservation . . . and requested that the Tribe become involved in a payday lending scheme.”

In the U.S., he writes in the complaint, “stringent laws have been enacted to prescribe how loans can be made and to prevent lenders from preying on indigent people. By involving the Tribe in the payday lending scheme, the lenders hoped to circumvent these laws and take advantage of legal doctrines, such as tribal immunity, to avoid liability for their actions.”

All defendants had filed motions to either dismiss the case or compel arbitration. Late last week, a judge ruled instead that the case can proceed to trial.

The Chippewa Cree Tribe isn’t the only Indian reservation with which Think Finance has partnered.