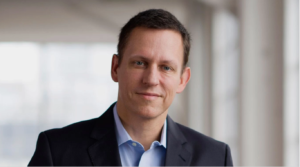 According to a Forbes report published last night, billionaire investor Peter Thiel has been quietly funding the case that Hulk Hogan (whose real name is Terry Bollea) has brought against the online news organization Gawker.

Bollea has won for now. A Florida jury awarded Bollea $140 million in March over a sex tape that Gawker published in 2012. And today, Judge Pamela Campbell denied a motion by Gawker that called for a retrial, as well as denied a motion to reduce the penalties awarded by the jury.

Still, as ABC News notes, now that Gawker’s “motions to strike” have failed, the company can continue with the appeals process. (First Amendment specialists think it’s possible Gawker will win or else see Bollea’s reward reduced.)

The race to out Thiel seemed to begin earlier in the day yesterday, when the New York Times quoted Gawker founder Nick Denton as saying he believed Bollea’s case was being bankrolled by someone in Silicon Valley.  Denton explained that Bollea’s lawyer had removed a claim that would have caused Gawker’s insurance company to cover Gawker’s legal costs and payout in the event of a loss; the implication was that money wasn’t the only or primary factor in Bollea’s suit.

Denton didn’t hint at Thiel in the text of the piece, but the Times seems to have confirmed Forbes’s account subsequently.

Assuming Thiel has been paying Bollea’s attorney (Thiel hasn’t responded to our request for comment), it is news that should “disturb everyone,” writes Josh Marshall of Talking Points Memo. “[B]eing able to give massive political contributions actually pales in comparison to the impact of being able to destroy a publication you don’t like by combining the machinery of the courts with anonymity and unlimited funds to bleed a publication dry.”

The chilling effects are obvious, though it’s not exactly news that the entire legal system is up for sale. Even Denton, speaking to the Times before Thiel’s involvement was discovered, noted that: “If you’re a billionaire and you don’t like the coverage of you, and you don’t particularly want to embroil yourself any further in a public scandal, it’s a pretty smart, rational thing to fund other legal cases.”

And, no matter what the moral and strategic implications of this kind of thing, it’s still legal.

Indeed, if Thiel wanted to attack Gawker, it’s hard to conjure up as clever a way to get revenge on the outlet, whose now-shuttered gossip site Valleywag regularly published posts about Thiel during its heyday nearly a decade ago.

This reporter spoke with Thiel numerous times about how he was portrayed by Valleywag’s then-editor, Owen Thomas, a sharp journalist who didn’t miss an opportunity to offer his take on Thiel’s essays, ties to other organizations, tax strategies, and sexual orientation.