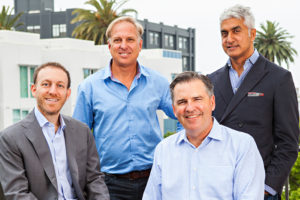 L.A. has a new later-stage funding source in March Capital Partners, a firm with a newly closed $240 million fund — and a few tricks up its sleeve. For starters, though it invests in both Southern and Northern California, it considers itself a global investor and has already made bets in India (in online payments company BillDesk) and Germany (Dojo Madness, which makes a digital coaching app for gamers).

It also writes Series B and Series C checks, which can’t be said of many other L.A.-based venture firms. And March Capital, which is primarily focused on business-to-business enterprises, has ties to three other enterprises that help with its deal flow. It’s a cofounder and an investor in two Bay Area accelerators that keep it abreast of new trends: The Fabric and Hive. More, one of its founding partners is Jamie Montgomery, a renowned investment banker who in recent years has launched an annual summit that introduces privately held companies to hundreds of investors and this year featured former Cisco CEO John Chambers, Atom Factory’s CEO Troy Carter, and designer Yves Béhar among others.

Montgomery isn’t the only familiar face at March, either. Others of March’s founding partners include longtime VCs Jim Armstrong, Sumant Mandal — both formerly of Clearstone Venture Partners — and Gregory Milken, a serial entrepreneur and board member of the Milken Institute.

We talked yesterday with Montgomery and Mandal about their new firm, which they quietly formed 20 months ago. (They spent the last 18 months fundraising.)

Sumant, you and Jim spent much of your careers at Clearstone. Is it shutting down?