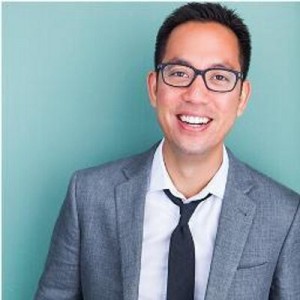 Opendoor, a two-year-old, San Francisco-based startup is a swing-for-the fences type of bet during a time when the most ambitious startups are suddenly less fashionable than they once were.

That’s not crimping the company’s style. In fact, Opendoor, which is on a mission to make it simple to buy and sell houses online, just added another layer of uncertainty onto its big-risk, big-reward model.

The roughly 100-employee company currently buys homes sight unseen when a home seller visits its site, asks for a quote, and accepts Opendoor’s bid, which the company comes up with based on public market information about historical home sales and its own proprietary data about market conditions. (The company says its offers are typically one to three points below what the seller might fetch on the open market roughly three months into the future. That’s the average time required to sell a home in the U.S., it says.)

Starting today, it’s making two more bold promises. First, it will buy back a home if the new owner is unhappy with it. Specifically, if someone changes his or her mind for any reason, that person has 30 days to receive a full refund. More, Opendoor will provide each new buyer with a 180-point inspection report on the condition of their new home; if anything breaks in the first two years, it will fix it.

“We stand behind our homes,” says Eric Wu, CEO and co-founder of Opendoor. “Unlike a typical seller who is trying to hide information from [the seller], we’re fully transparent because we want our customers to be happy.”

Wu, who previously sold a startup to the real estate portal Trulia, cofounded Opendoor in March 2014 with three others: operator-investor Keith Rabois; Ian Wong, who formerly led data science at Square; and JD Ross, who oversaw product at the investment management platform Addepar.

Their plan from the outset was to use technology to flip homes, an idea that has garnered roughly $110 million from investors, including its biggest shareholder, Khosla Ventures.

Wu says Opendoor has also raised “hundreds of millions of dollars” in debt in order to carry the homes on its balance sheet while it works toward re-selling them.

In an interview yesterday, Wu declined to say how many homes have so far been bought or sold using the platform. But he did say that OpenDoor typically buys 10 houses a day across the two markets in which it’s currently operating: Phoenix and Dallas.