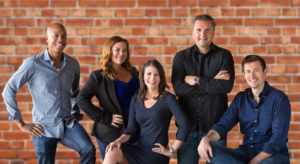 Back in January, we told you that SoftTech VC, a San Francisco-based seed-stage fund founded 11 years ago by investor Jeff Clavier, had promoted two of its senior investors to full partners: Andy McLoughlin and Stephanie Palmeri. The move seemed geared to bolster the firm during a time when it was out seeking more capital from its own investors.

Fast forward to today, and SoftTech is announcing that it has raised $100 million for its fifth and newest seed-stage fund. The firm has also gathered up another $50 million in capital commitments for a “breakout” fund that it will use expressly to invest in between 12 to 15 deals involving its successful portfolio companies. (Palmeri notes that the firm will never lead these deals but rather join them as follow-on investors.)

That limited partners were willing to write the firm larger checks isn’t a big surprise. SoftTech saw its biggest exit ever when the wearable fitness company Fitbit went public a year ago. It was a seed and Series A investor in the company, alongside True Ventures, another early-stage San Francisco venture firm.

In a call with Clavier and Palmeri yesterday, both suggested that little will change at SoftTech, despite that it’s managing more money than in past years. The firm will still aim to secure between 7 percent and 10 percent ownership of the companies it funds. Initial checks — of between $750,000 and $1 million — will remain unchanged in size, though the firm is likely to invest in a few more companies this time around.