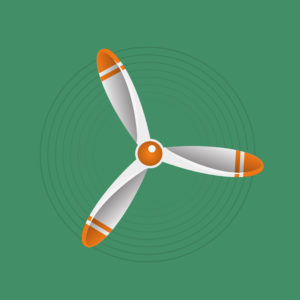 There’s been no shortage of disruption in the venture industry over the last decade of so, yet someone is always trying to introduce a new way of doing things.

Each of the funds is a standalone entity in terms of their economics. Carried interest, or the fund managers’ share in future profits, will not be shared across the funds. Management fees will mostly accrue to each fund, too, though every fund manager will pay into parent company Propeller to cover their shared resources, including marketing and back office support.

None of the people leading the funds has extensive venture capital experience, though they do have relevant operational experience.

Propeller’s insurance fund, for example, is being managed by Antonio Derossi, who has spent time as a senior VP at Allianz Group and been COO of Fireman’s Fund Insurance Company. Its IoT fund is headed up by Eitan Bienstock, who has worked in telecommunications, for a tech incubator in Australia, and briefly, for a corporate venture unit. The women-focused fund, called Shatter, is being led by Shelly Kapoor Collins, who’s long run her own boutique advisory firm in Silicon Valley and who served as vice chair of a public service project at the Wilson Center in Washington that had her advocating for STEM education and women’s entrepreneurship around the world.

Of Propeller’s structure, founder Cam Yuill says simply that the “data shows that funds that are highly specialized in sectors provide the best returns, and that underlines our thesis.”

Maybe. Specialized funds have certainly been an emerging trend over the last five to 10 years, with hundreds of so-called micro VC funds springing into existence. But many have had to specialize in order to attract capital as the field has grown crowded; the jury is still largely out regarding their performance.

As for why Propeller is raising four funds simultaneously instead of serially, Yuill — who worked briefly as a VC at the seed-stage fund Structure Capital, is an angel investor, and who has been an operator at a variety of tech companies since the late ‘90s – says to “think of it like a fund of funds, except that we aren’t charging [our limited partners] double the fees.”