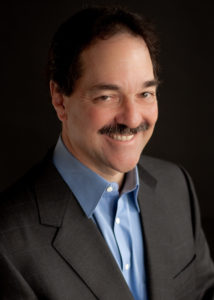 While the tech industry digests the news that LinkedIn is becoming an independently run subsidiary of Microsoft in exchange for $26.2 billion in cash, one renowned figure in Silicon Valley is already publicly celebrating the deal: Frank Quattrone.

The legendary investment banker tweeted earlier today that Qatalyst, the boutique bank that he founded eight years ago, served as the lead advisor to LinkedIn on its sale, noting that it’s the “largest sale” of an internet company “ever,” and stating its acquisition price at $28.1 billion.

Maybe that was the price before Qatalyst and Allen & Co., which also advised the company, took their fees, along with Microsofts’s advisers — Morgan Stanley and law firm Simpson Thacher & Bartlett. (We’re half-kidding. The fees were more likely in the tens of millions of dollars, though some top M&A firms charge upwards of 5 percent of a transaction’s value in fees. Qatalyst didn’t respond to our request for clarification.)

Qatalyst serving as lead advisor to LinkedIn on proposed $28.1B sale to Microsoft, largest sale of Internet co ever https://t.co/Ln7wFDwS6D

Either way, it’s a coup for Quattrone, who was the most prominent banker of the go-go ’90s tech boom and who helped take public Amazon, Cisco, Netscape and other high-fliers before coming under investigation by federal prosecutors. As longtime industry watchers will remember,  Quattrone was accused of obstructing an investigation into whether the equity salesmen were doling out hot IPO shares to favored clients in exchange for inflated commissions during the same period that Quattrone was head of CSFB’s tech banking business. Two trials and one overturned conviction later, Quattrone — who previously headed up Morgan Stanley’s technology group, as well as served as the CEO of Deutsche Bank’s technology group — reached a settlement with the government in which he admitted no wrongdoing. Soon after, he launched Qatalyst.

While LinkedIn is now the bank’s biggest win to date, it has been involved in a string of high-profile deals. Among them is OpenDNS’s sale to Cisco for $635 million last year; HomeAway’s sale to Expedia last year for $3.9 billion; and the sale of Ping Identity, a firm that manages employees’ digital identities, to the private equity firm Vista Equity Partners. (Terms of the deal, which was announced just last week, aren’t being disclosed, though a report in TheInformation pegs the amount at $600 million.)

In a deal that Qatalyst might be less eager to advertise than others, it also advised Autonomy on its 2011 sale to Hewlett Packard for $11 billion.