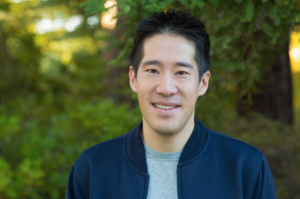 Kleiner Perkins has been through the wringer since the go-go dot-com days of the late 1990s. After making a bundle on Google, the storied venture firm raised too much money from investors and grew too ambitious in scope before dramatically retrenching a few years ago — but not before being hit with one of the highest-profile lawsuits in venture industry. (It won the case, which centered on gender discrimination, but it took a beating in the process.)

To restore its former glory, the firm is largely transformed from the firm it was a dozen years ago. For starters, it has undergone some major casting changes. Only one of its five general partners — Ted Schlein, who leads Kleiner’s investments in security and some of its enterprise investments — has been with the firm throughout all the tumult, having joined the firm 20 years ago. Meanwhile, Beth Seidenberg, who focuses on everything from life science to digital health, joined Kleiner in 2005; Wen Hsieh, who focuses on enterprise and hardware deals, joined in 2006; Mike Abbott joined in 2011 to focus largely on enterprise deals; and Eric Feng, a former CTO for both Hulu and Flipboard, joined last October to lead the firm’s consumer investing.

Kleiner, which is currently raising $1.3 billion across two new funds, has also taken a page from the playbook of Benchmark and some other smaller partnerships, and its partners now enjoy equal partner economics. (Kleiner has also five associate partners, as well as a separate growth investing group.)

To get better insight into the firm and how it operates today — as well as where it’s shopping — we talked yesterday with Feng. Our chat has been edited for length.