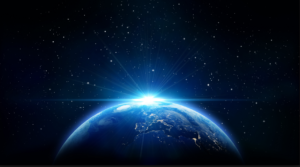 Spaceflight joins a small but growing number of outfits turning geospatial data culled from satellite imagery into actionable, and lucrative, insights. Ambitiously, it has a three-pronged business strategy, too.

First, working with companies like Planet Labs, Spire, and Planetary Resources, among others, Spaceflight helps organize these customers’ payloads, ensuring that their satellites get into space as seamlessly as possible. (It essentially arranges for ride-share launches for dozens of small satellites at a time.)

According to the company, it has already organized the launch of 81 satellites, including by buying excess capacity on SpaceX rockets, along with Soyuz, PSLV, Dnepr, and Antares rockets. And Spaceflight has another 135 satellites scheduled to take space flights through 2018 via partnerships with a wide range of companies, Virgin Galactic and Orbital ATK among them.

Spaceflight takes the business seriously enough that it purchased an entire SpaceX Falcon 9 rocket and plans to expand its services beyond ride-share launches, beginning late next year.

But there’s more. In addition to getting other companies’ satellites into space, Spaceflight’s much bigger business — called BlackSky —  involves selling the satellite imagery of its customers to anyone willing to pay for it. A government might want to see whether an opposing army is beyond a hill, for example, or a humanitarian organization might want to measure the effects of deforestation. Unlike Orbital Insight, which uses machine learning to make sense of satellite imagery (then publishes its findings for customers), BlackSky largely wants to provide easy access to the images at unprecedented price points.