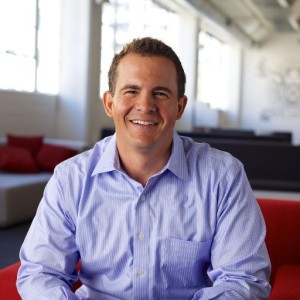 Byron Deeter is likely waking up this morning and wondering what kind of day he’ll have. It was Deeter who led Bessemer Venture Partners into its seed-stage investment in Twilio, a now nine-year-old company that offers services like messaging, voice, image transfers, authentication and video as a software platform, so developers can incorporate them into their own apps.

Bessemer has since invested in each of Twilio’s private funding rounds, amassing a 28.5 percent stake in the company at a cost of nearly $70 million. And that bet — one of the firm’s largest — is being put to the test today as Twilio debuts on the public market.

So far, there’s reason for optimism. Twilio started trading about an hour after the NYSE opened at a price of $23.99 per share, which is nearly 60 percent above its IPO price of $15. Either way, if Deeter is sweating the details, he didn’t let on yesterday when we chatted about Twilio and the kind of impact its long-awaited public offering may have on the broader market.

Twilio last sold shares to private investors at  $11.31 a share, at a valuation of about $1 billion, and its initial IPO pricing puts its valuation just above that billion-dollar mark. You’ve said you can’t talk about Twilio’s valuation; generally speaking, do you think it matters whether a company surpasses its private market number at the time of its IPO?

I can’t even comment generally right now; our lawyers would get very upset with me.

WhatsApp accounts for 17 percent of Twilio’s revenue, which Twilio listed as a risk factor, noting that WhatsApp has “no obligation” to give Twilio notice before taking its business elsewhere. Can you comment on whether you believe the company is overly reliant on any one customer?

Bessemer has more than two times as big a stake as any other shareholder, including Twilio co-founder and CEO Jeff Lawson (who owns 11.9 percent of the company). Did you know him before he started Twilio?

BD: We knew of Jeff, but we met him in the context of his initial discussion with us about seed funding, when it was still a concept. But Jeff is a force of nature and an extremely compelling CEO and visionary. And from a market standpoint, [his] was a disruptive idea. There wasn’t proof at that point that the business-to-developer market was real.

Do you think the success or not of its IPO will be seen as a bellwether?