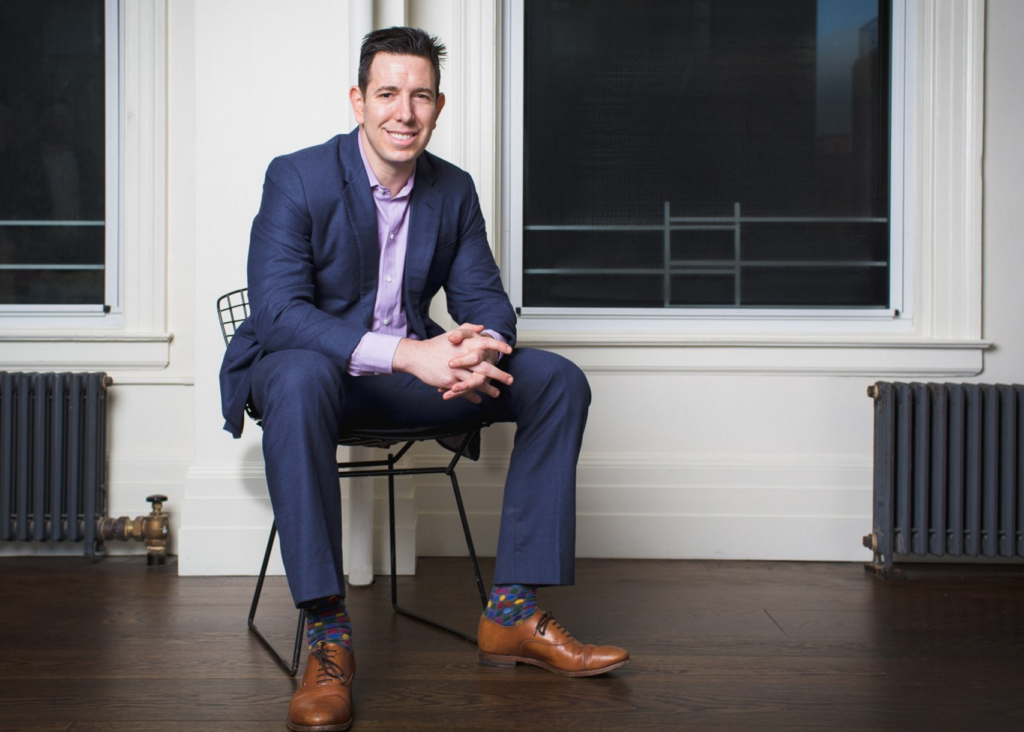 If the producers of the next “World’s Most Interesting Man in the World” commercial were looking for a Silicon Valley type, a prime candidate might be Bradley Tusk, a 42-year-old New Yorker who advises companies such as FanDuel and Tesla that are disrupting highly regulated industries.

Tusk made his bones in Silicon Valley through advising Uber, which paid him in equity for his services while still a Series A company, dramatically boosting Tusk’s net worth (he says he hasn’t sold any), and in the process, creating a model for his newest firm, Tusk Ventures.

Right now, Tusk Ventures, founded less than a year ago, has a dozen clients. Most of the 30 staffers who work at the company come out of politics at “high levels,” says Tusk, and each helps two clients navigate their respective regulatory waters, such as keeping them up to date with a curated email that they receive by 7 a.m. every morning.

His services come at a steep price: clients pay Tusk Ventures in equity and agree to sell him up to 10 percent of their company. (Tusk is raising a venture fund to ramp up his investing activities, though he declined to speak about any specifics at a dinner with reporters earlier this week. )

Startups make room for Tusk in their cap table because of his connections. Tusk was formerly Michael Bloomberg’s campaign manager, helping him to get elected to an unprecedented third term as the mayor of New York City after convincing the New York City Council to extend the role’s term limits. (Tusk also worked with Bloomberg to explore a bid for the current U.S. presidential campaign. Although he claims he found a way for Bloomberg to win, Bloomberg apparently thought the solution was too complicated.)

Somewhat astoundingly, Tusk oversees three other outfits, too: a casino management company called Ivory Gaming Group (it owns one casino in Fresno); Kronos Archives, a custom archives business for companies and individuals; and a family foundation focused on reducing hunger in the U.S.

Oisin Hanrahan, CEO of Handy — an online platform for booking household services, and a client of Tusk Ventures — jokes that the more clients Tusk takes on, the “earlier my morning emails seem to arrive.”