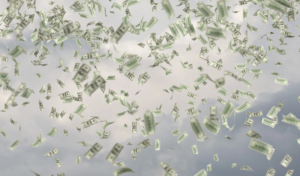 It last closed two funds — a $650 million early-stage vehicle, and a $200 million co-investment fund to back maturing BCV investments — in June 2014.

BCV is the venture arm of the private equity behemoth Bain Capital, which was founded in 1984. The 15-year-old unit opened its first Bay Area office five years ago, planting a flag in Palo Alto; soon, it’s moving into an even bigger office in San Francisco.

It has eight managing directors — including Ajay Agarwal, who leads its West Coast team — and one partner. According to Agarwal, who joined BCV 13 years ago, it used to be that “90 percent of our team was on the East Coast, in Boston and New York, and 10 percent was here, but it’s about 50/50 at this point.”

The firm says that half of what it does is early stage and the other half is growth stage. It also says it’s run very separately from Bain Capital, though Agarwal has told us in the past that “those connections into companies [from Bain’s broader network] is massive.” When the robotics company Kiva had “six terms sheets and was trying to determine who to pick,” he’d said, “we introduced the company to the head of distribution at Staples.” It helped seal the deal. (Kiva went on to sell to Amazon in 2012 for $775 million.)

BCV’s newest early-stage fund is slightly smaller than its last. Asked about that, the firm says it targeted what it thinks is the “appropriate fund size for our strategy in the current market environment.”

Asked why it didn’t raise another co-investment vehicle this time around, it says it still has capital to deploy from that $200 million fund it closed it 2014. It also said it isn’t quite done investing its previous early-stage fund.

That’s not uncommon either, these days.

As notes an institutional investor at a university endowment with whom we spoke recently, “Every one of our GPs has come back in the last 12 months, with the exception of one guy. VCs are accelerating their fundraising partly because they have nice marks and want to get ahead of any market cyclicality.” (Read: downturn.)

“Partly, too, they see their GP brethren coming in and they know that [the institutional investors who fund venture firms] only have so many dollars. And you want to be at the front of the queue, not the back of it.”