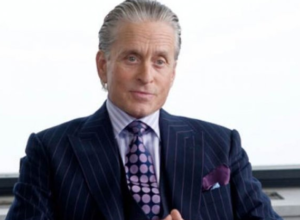 Despite all the capital that venture firms have managed to raise in the first and second quarters of this year, venture capitalists at an investor panel at Fortune’s Brainstorm conference this morning said that early-stage valuations are softening, reality is “setting in” for unicorn companies that are too richly valued to be acquired and too immature to go public, and that there’s much more focus on revenue than in recent years.

The VCs also blamed bankers on their messaging to founders, which, until recently, was to focus on growth at all costs.

When it comes to very early-stage valuations, Floodgate cofounder Ann Miura-Ko said she thinks her firm is seeing more “willingness by entrepreneurs to take much lower valuations than what their initial expectations were” for two reasons. One is increasing conservativeness on the part of venture capitalists. The other, she said, is “fear for the next round of financing. They’ve already heard from other entrepreneurs that the next round of financing is going to be really difficult.”

In terms of falling valuations for later-stage companies, general partner Roger Lee of Battery Ventures said they’re all but inevitable, given that there’s been one “truly notable” tech IPO in the U.S. so far in 2017.  As he noted, a new category of investors had emerged — including hedge funds and mutual funds — to fund these companies’ later stage funding rounds based on the assumption that there would be a brisk IPO market. Absent one, these companies now need to “focus on the fundamentals” to prove that they’re worth the valuations they were assigned.

Of course the big question, and one posed by Brainstorm co-chair Dan Primack, is why companies weren’t focusing on the fundamentals from the start. “Is it the [founders’] fault or yours,” he asked the VCs, including Spark Capital general partner Megan Quinn, who readily acknowledged that there was “certainly a point in time in the Valley when investors were funding growth above all else.” Because “public markets were rewarding it?” Primack asked. “Yes,” said Quinn, “exactly.”

It’s an observation that Jeff Fagnan, a founder of Accomplice (formerly the tech group at Atlas Venture) agreed with wholeheartedly. VCs’ focus on growth was “definitely driven by the public market,” he told those gathered. “I remember being in a couple of IPO bakeoffs, and these bankers would always focus on [growth] . . . And they said, ‘You don’t really need to worry about profit. Just grow. This is the story that everybody wants to buy.’”