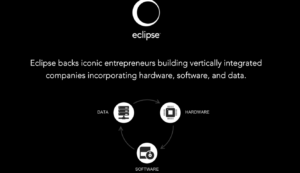 Greg Reichow, who in May left his post as Tesla’s vice president of production (and reportedly as one of its highest-paid executives), has joined Eclipse Ventures as an investor.

If the Eclipse brand isn’t entirely familiar, it may be soon, given its growing star power. Venture geeks might recall that Eclipse was originally part of Formation 8, a firm that has since disbanded but that, before doing so, raised a $125 million fund that was designed to invest exclusively in early-stage hardware companies. (Its original name was F8 Hardware Fund. Among its limited partners is Flex, the publicly traded contract design and manufacturing company formerly known as Flextronics.)

It’s been active, too. The firm has already invested in 27 companies, including making an early bet on the computational photography startup Light, which last week announced $30 million in fresh funding led by GV.

According to a new SEC filing, Eclipse is also raising a new, $125 million fund.