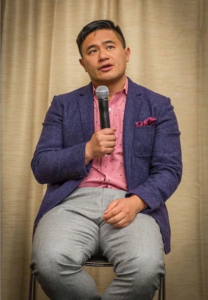 Jeremy Liew joined Lightspeed Venture Partners in 2006 from AOL, where he’d worked in corporate development, and his star has been on the rise since, including thanks to an early check to messaging giant Snapchat. We caught up with him last week to chat about where he’s shopping next, among other things. Our exchange has been edited lightly for length.

Lightspeed just raised $1.2 billion in fresh funding and built out the consumer team. How long did that take you to form the team? What was the most challenging element?

Our search took us almost two years in total. We took our time because partnerships are a delicate balance, and we needed to find someone who we thought was going to be a well calibrated investor, who could win competitive deals, and who would fit in well with the rest of the partnership. We initially went out looking for one new partner, but in the end we found two people that really clicked with us as a group. Aaron Batalion joined us in November and Alex Taussig in January. Aaron was CTO of LivingSocial, one of our portfolio companies, and he was someone we’ve known for a long time. Alex was a partner at Highland [Capital Partners], where he had been for seven years. I’m so happy both are here.

As your consumer team grows, do you anticipate extending consumer investing to outside the U.S.? If so, where might you look and why?

Great insights can come from anywhere, and we’re open to investing in companies that target the U.S. market that are based offshore. We work closely with our sister funds, Lightspeed China Partners and Lightspeed India Partners, which both focus on geographies that represent huge and idiosyncratic markets that are quite distinct from the Western consumer market. We’ll sometimes coinvest with them, as we did with Oyo Rooms, but we often defer to their on-the-ground expertise in those markets. And our team in Israel has been making investments outside the U.S. for many years. Increasingly, we are seeing companies based outside the Bay Area and even outside the U.S. that are targeting US markets. Musical.ly is a great example of that, although not one in our portfolio. And we are invested in Blockchain, the biggest bitcoin wallet in the world, headquartered in London.

With FB, Amazon, Apple, Google, Uber, and more scaling to huge market caps and executing so well, is there room for venture capital to bet early on new spaces? Are consumer bets now riskier?

In the early ’90s, everyone worried about Microsoft. In the late ’90s they worried about Yahoo, Excite and AOL. There will always be huge companies that theoretically “could” enter many markets. But the reality is that even for a big company, it is hard to do more than three things at a time. After that, you’re staffing your B, or C or even D team on lower priorities for that company. If a startup whose sole reason for existence is a single new idea can’t beat the C team, even if it is Facebook’s C team, then they don’t deserve to win.

Now, I do think that it is hard for a startup to beat [these companies’] A teams. So I wouldn’t back a team trying to tackle the behemoths in their core markets or core areas of focus, and that would include a lot of AI areas today.

What’s the most contrarian space in consumer investing today? What do you think it will take for this space to potentially emerge?

I believe in media companies. Many think that big companies can’t be built in this area, but I think that some of the growth in video is changing that dynamic. Video is clearly a megatrend, and every genre of content that has been big in TV will have an analogue in the new video world, including mobile native video, tvOS, and web video. Twitch is the ESPN analogue. We invested in Cheddar, Jon Steinberg’s new company, which we believe is the CNBC analogue. Tasty andTasteMade are competing to be the Food Network analogue. And genres like late-night talk shows, morning shows, sports highlight shows, blooper shows, reality TV, judge shows, game shows, they will all have analogues.

What do you look for more broadly in early stage consumer companies?

What young women do and say today, we’ll all do and say in five to 10 years. Watching what becomes popular with young women and being incredibly data driven about this has been a good way to get in front of big consumer trends. For many of us VCs who live in a very different world than the average American teenage girl, our intuition about what is going to be popular is incredibly bad. But if you can ignore your intuition and trust the data for what is driving growth, engagement and retention, then double click to understand why, then you could get ahead of some very big consumer trends.