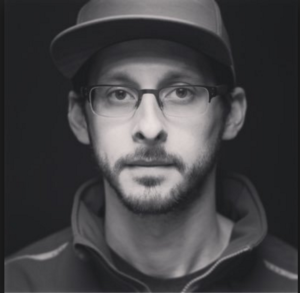 By now, you may well have heard of Ludlow Ventures, a young, early-stage venture firm in Detroit that seems to punch above its weight. Indeed, the firm’s first fund closed with just $15.5 million in late 2014, yet its investing team — partners Jonathon Triest and Brett Brett deMarrais — have managed to make an array of interesting bets, in Detroit, New York, L.A., and elsewhere. Among them: the organic meal delivery service Sprig, the product discovery service Product Hunt, the wireless power startup uBeam, and the heads-up display maker Navdy.

We caught up with Triest recently to talk about Ludlow’s approach.

You’re based in Detroit. What’s the advantage of living outside of the Bay Area? What’s the disadvantage, and how do you address it?

My job depends on getting to know the most talented entrepreneurs; first. Most of the founders we work with live thousands of miles from Detroit, which makes my job interesting. It forces me to be creative, find unique ways to get founders’ attention, and stay on top of who’s building what/where. In our early days at Ludlow, offense was our only access to deal flow. While we’re now fortunate to have substantial inbound deals, though we’re [still] at our best when on the hunt.

You and your team have built a reputation for finding interesting founders and deals in the consumer space well before investors who are physically closer to those young teams. Without revealing state secrets . . . actually, please reveal them!

Super simple. Be a really good friend to the people you invest in. I’m shocked at how many VCs cannot, for the life of them, personally connect with the founders they invest in. C’mon VC dudes and dudettes; get your S%^$ together. The best deals are referrals from people you’re working with or have worked with in the past.

It also doesn’t hurt to scour Twitter/LinkedIn/Facebook, etc., for people expressing unhappiness at their current job [and shoot them a note]. “You’re awesome. Here’s my phone number when you decide to start your own company!”

What’s a particular space within consumer tech or networks that excites you?

I scour the Steam store every day to see what new VR games/software were released. I download nearly all of them and take them for a ride. As a consumer, I’m having a blast losing myself in poorly rendered environments. We have a small office, so I’ve nearly broken my arm dozens of times while trying to bash zombies’ heads in.

As an investor, I’m scared out of my mind at how slow I believe the consumer uptake will be.

Two things, actually. That social intuition and empathy are the strongest qualities of early-stage founders. And that a founder’s ability to hire his/her first employees is the best predictor of success. If you have enough smarts and passion for what you’re building, you’ll likely be able to attract and retain others. If you can’t effectively communicate why you’re doing what you’re doing, others won’t be able to either. You might as well go spend your time f’ing up zombies in VR.