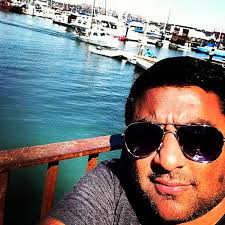 Today wraps up the third summer I’ve had the luxury (and wielded the power!) of being a guest curator for StrictlyVC while Connie takes some well-deserved R&R on the beach with her family. This year, along with the standard Q&A’s with fellow investors, I’ve been reflecting on my few years as a small investor. Last Friday, I tried to collect and synthesize the questions I’ve received over the years about starting a fund as an “FAQ.” This Friday, I’ve been thinking about exits.

The job of a fund manager, beyond allocating capital and helping those founders along the way, is to return capital. It’s ultimately the only thing a manager is judged on, professionally speaking. Everyone reading this newsletter already knows that. Yet, on this judgment metric, managers aren’t often in control of how or when those events occur. It typically takes Fund 2’s and 3’s to see what works, and yet, as the old adage goes, past performance is no guarantee of future performance.

For newer, smaller funds like mine and many others, folks hope for public offerings down the road, though lately those outcomes feel harder to come by for a variety of reasons. Folks also hope for large acquisitions, and while many investors believe those may pick up over time, large ones are rare. Then there are secondaries and partial stock sales to newer investors from larger investment firms that have higher thresholds for ownership targets in their fund models.

Investors and pundits chatter enough about an IPO or the large acquisitions they’re involved with or monitoring, but secondaries are not typically discussed for a host of reasons: reputation, private information, signaling, etc. I was afraid to discuss the topic myself until I realized they happen quite frequently, that secondaries have been discussed openly by one of the best venture investors in the world, and that they aren’t that big a deal for smaller funds that aren’t “an investor of record” in a company. (I should be clear here in stating that the investors who take concentrated positions in companies, join their boards, and manage larger funds have many reasons not to engage in secondaries because they need to play for a larger outcome, and any shuffling of a syndicate can be interpreted as a potentially negative signal by the private market.)

Secondaries do not magically occur, however. They require creativity, patience, and, most importantly, the acceptance of other people in the deal on the table, including the existing investors, the new investors, and, of course, the CEO. The early investor has to ask for permission. He or she has to explain their rationale honestly. Signatures need to be collected. He or she still helps out, too. The relationship doesn’t end, and often it’s the companies helping the investor out more than the other way around.

These decisions, I’d argue, are not necessarily intuitive for most small fund managers, most of whom do not have experience managing institutional money. Whereas most very early-stage decisions are made without much data, decisions to sell in future rounds when companies are doing well require an entirely different level of analysis. I can only speak for myself, but I’ve found that process significantly more challenging and the learning curve steeper.

Still, secondaries are still comparatively easy for small funds to execute if they really want to. The absolute dollars at issue are often not material enough to arouse emotions. It’s considerably harder for bigger funds with classic partnership structures, whose general partners may make one to two new investments per year, sit on boards, and continue to follow-on in their investments all the way to the finish line. Larger funds often can’t, like smaller funds, invest in a bunch of companies per year and see what happens; they have to be selective and commit for a longer period of time. They often can’t, like smaller funds, scale down their ownership because those signals may negatively impact a specific company. They often can’t, like smaller funds, not maintain ownership because their fund sizes require large outcomes.

I’m not saying these larger VC firms are saints or always helping out, but it’s a complicated dynamic that’s often overlooked or dismissed in the current environment of exploding company creation and exploding new fund formation. We should keep in mind the commitment of those founders and their early VC investors who take on and embrace long-term risk. Three years into the game, that’s most of what’s on my mind.

Thanks for reading, and welcome back, Connie!