A year ago, startup valuations hit a 12-year peak as the numbers of companies joining the billion-dollar-plus club soared. 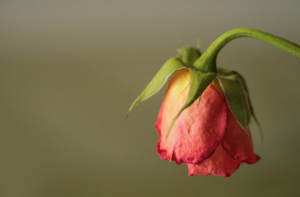 Today, those numbers are looking far more run of the mill. So suggests a new survey published by law firm Fenwick & West, which analyzed the venture financings of 195 Silicon Valley-based companies over the second quarter to draw its conclusions.

Among the survey’s findings: up rounds — in which a startup’s price per share increases over its previous funding round — are down slightly. Specifically, in the second quarter, they exceeded down rounds 74 percent to 13 percent, compared with the first quarter of 2016, when up rounds exceeded down rounds 78 percent to 11 percent. (The other funding rounds were flat.)

“It’s not like things are so horrible now,” says attorney Barry Kramer, who co-authored the survey. “But this is the third straight quarter of weakening valuations. They’ve fallen a great deal from where they were a year ago. And the question is: where do we go from here?”

Kramer warns against drawing comparisons to the downturns of 2002 and 2008.