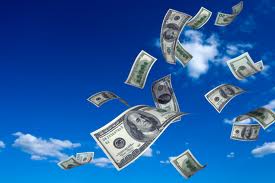 During every U.S. presidential election season, at least one candidate vows to repeal carried interest deductions. Meanwhile, venture capitalists do their part and argue against it. The issue is near and dear to their hearts because carried interest treats investment partners’ salary as an investment and not income, taxing it at long-term capital gains rates and not as ordinary income (which is taxed more heavily). Many VCs also believe they deserve the tax break for taking risks and holding on to assets for what often becomes many years on end.

The National Venture Capital Association, which represents venture firms’ interests, is very much atop the issue again this election season. It issued a statement earlier today calling Democratic presidential nominee Hillary Clinton “misguided” after she presented an economic plan at a manufacturing company in Warren, Michigan that called for the repeal of carried interest. The NVCA also published a release on Monday, after Republican nominee Donald Trump presented a plan in Detroit that similarly suggests doing away with carried interest. It would “threaten [the] entrepreneurial ecosystem,” said the NVCA.

Still, you aren’t seeing much outrage on the part of individual VCs, and we have a few theories as to why.

Let’s start with Trump, whose tax plans have even top academics confused by what, exactly, he is proposing. (“It’s very hard to figure it out,” said Harvard Business School professor Josh Lerner when we called him earlier this week to discuss it.)

Part of the problem: While Trump is proposing ending the taxation of carried interest at long term capital gains rates (which are currently around 23.8 percent), and instead proposing it be taxed at 33 percent, which is the highest marginal tax bracket in his plan, Trump has thrown a separate wrench into the works. Specifically, he has said he wants a new 15 percent business tax for members of partnerships and other pass-through business entities.

This might give VCs reason to cheer, except that the tax is so low that pretty much every business in the U.S. would restructure itself into a pass-through business if it came to fruition, quickly destroying the economy. (Kansas passed a similar law in 2012. Now Bill Self, the head coach of the University of Kansas’ men’s basketball team, who reportedly makes more than $2.75 million a year, pays almost no income tax because he receives the bulk of his annual compensation through an LLC.)

A Washington, D.C., tax specialist who asked not to be named calls it “not remotely practical when you consider the deficit challenges going forward. In fact, I don’t see any way for what [Trump] is proposing to be put into place. It’s so far to go from here to there as to render [his plan] little more than an aspirational blueprint.”