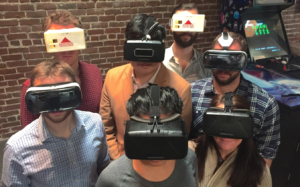 Several high-level employees at the early-stage venture firm Rothenberg Ventures have recently left, we’ve learned. Among them is Tommy Leep, a partner and the head of Rothenberg’s San Francisco office, who left last month after spending two-and-a-half years with the firm. (A former product manager at Intuit, Leep spent the previous two years as “chief connector” at the venture firm Floodgate.)

Other recent departures include Tom Leep, father to Tommy, who’d spent more than three years as Rothenberg’s director of finance before leaving in June; Sophie Liao, who was recently hired with the title of Managing Director, Asia-Pacific Region and appears to have left this month; and Catherine Johnson, a former SVP of HR at BrightSource Energy who joined Rothenberg Ventures this spring, only to leave three months later, in June.

Neither Liao or Johnson has returned a request for comment. Leep referred all questions about the firm to a company spokesperson. Asked if his father’s departure and his own were connected or unrelated, Leep said he had “no comment at this time.”

A separate source suggests Leep left of his own accord, while a wide number of other employees were laid off. We don’t know if Michael Dempsey was among them, but the former CB Insights analyst, who joined Rothenberg Ventures in January as an investor, also left last week. Dempsey didn’t respond to a request for more information.

Rothenberg Ventures was founded just four years ago by Mike Rothenberg, an Austin native who nabbed a master’s in management science and engineering from Stanford before getting his MBA from Harvard.

Despite its age, the firm has made something of an outsize impact on the local venture industry, including by organizing popular events, such as an annual Founders Field Day at AT&T Park, where the San Francisco Giants play, and by barreling into virtual reality investments before many investors were paying much attention to them.

Indeed, in late 2014, Rothenberg Ventures announced it would be launching a startup accelerator, River, which planned to provide $100,000 in seed funding to virtual reality companies expressly. Among those early bets was FOVE, which makes an eye-tracking head-mounted display. FOVE passed through Microsoft Ventures Accelerator in London before being selected for River’s inaugural class, but, notably, it went on to raise an $11 million Series A round in March.

By May of last year, Rothenberg Ventures had also created River Studios, a “creative house for VR production” that, according to the firm’s site, currently “consists of 30 passionate creators, artists and developers, committed to creating inspiring stories, and pushing the boundaries of this awesome medium.”