You are here: Home / Entrepreneurs / VC Charlie O’Donnell on Building Up Community, Cheaply 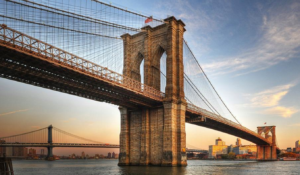