You are here: Home / Entrepreneurs / AngelList Deals Will Soon Be Private (and Other Updates You’ll Want to Know) 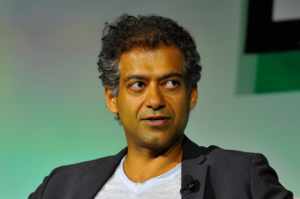 It’s become a big business, as well as a confusing one, Ravikant readily admits. And while we can’t report on one interesting new, performance-related wrinkle that’s coming soon, he walked us through many other stats and initiatives. Our chat has been edited for length and clarity.

TC: A few years ago, AngelList introduced Syndicates, essentially pop-up funds that allow angel investors to syndicate their investments in exchange for some upside. It was fairly transparent at the outset, but that’s been changing. Why?

NR: Seventy-five percent of the deals are now private, up from 45 percent a year ago. It’ll be default private soon because a lot of the hot deals tend to be private. Also, that public-private dichotomy is always really hard for entrepreneurs [in fundraising mode] to figure out, so they start associating our brand [with a place to share information publicly to accredited investors], which is a negative, so they don’t want to go on here. We might take a hit on liquidity by making the default private, but at the end of the day, it’s all about getting the high-quality companies.

TC: An investor, Gil Penchina, has built a big business on the platform. Are more leads starting to see a kind of of network effect?

NR: Gil is a unique case. He’s the one who’s always breaking the system. We’re more catering to operator-angels, meaning people who have operating jobs, or VPs at big companies or who’ve started their own startups. It’s people who aren’t professional VCs but who do four to six deals a year, investing in alumni and people they know.

TC: How many of them close a deal each month? And are the investors on the platform mostly based in Silicon Valley?

TC: You’d said publicly somewhere that you were getting into special purpose vehicles, which come together quickly to invest in a single, later-stage company. Why would someone create an SPV on the platform?