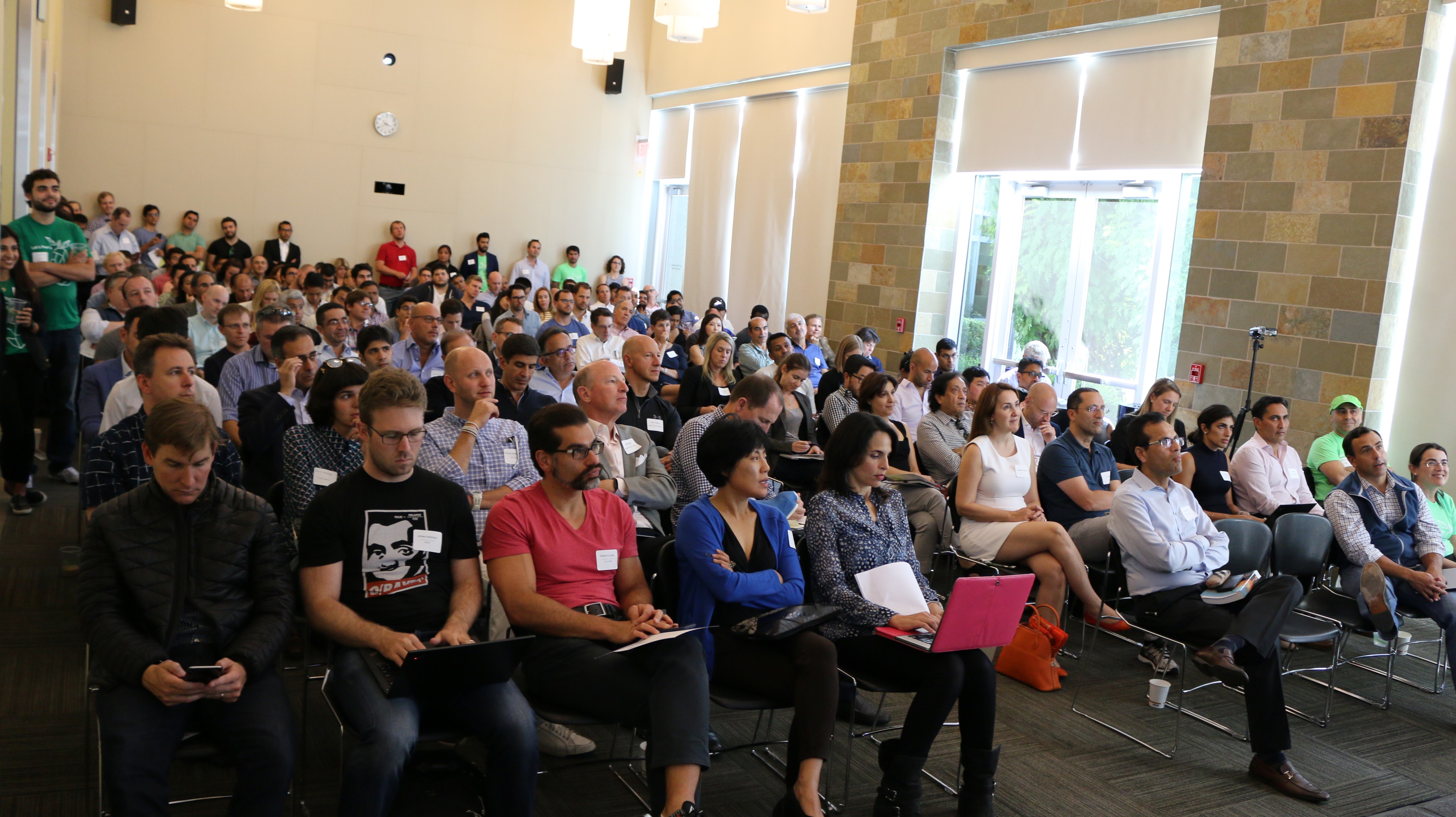 As  dozens of Teslas baked in the sprawling Palo Alto parking lot of a local law firm yesterday, 100 top investors packed into a high-ceilinged meeting room. There, they listened as 13 startups deliver four-minute presentations about why they’re worth watching.

The companies — all of them roughly six months old or younger, and all led by current college students or recent graduates — were part of the Launchpad program of three-year-old Pear, an early-stage venture firm that annually invites computer science students from top schools to build companies in their office with a $50,000 uncapped note and no strings attached. (Until recently, the firm was known as Pejman Mar Ventures.)

So far, Pear seems to be choosing these student teams wisely. Out of the eight groups that presented a year ago, one startup sold to Google and four others have raised seed funding. Pear’s inaugural class, in 2014, also saw one startup, FancyThat, sell to Palantir.

Certainly, the venture capitalists gathered yesterday seemed enthusiastic. Ross Fubini, a partner at Canaan Partners, tweeted partway through the presentations that it was “looking like the best demo event of the year.” Another investor, Lux Capital partner Shahin Farshchi, told us afterward that he also thought it was “fantastic, with something for everybody, including consumer companies, analytics and AI companies, and deep tech for investors like me.”

For those who weren’t there and may be curious, here’s what you missed:

Allocate.ai: This company makes AI-powered time sheets to enable companies to better understand how and where their teams are spending time. According to the founders (who come from Stanford and UC Santa Barbara), 45 million people fill out time sheets in the U.S., and they estimate that this adds up to $11 billion in lost time. (Think of lawyers whose time is valuable and may spend upwards of 15 minutes a day tracking their billable hours.) They argue that made more efficient, the market could be a whole lot bigger, too. If you agree and want to reach out to them, you can do that at founders@allocate.ai.

BlackSMS: Its tech allows users to send encrypted, password-protected, self-destructing iMessages that can even be disguised and masked inside of fake replacement texts. This struck us as useful for a variety of cases, and we hope we’re right about that. Its 20-year-old founder, Tyler Weitzman — who says he has built 30 apps since his middle school days — is now dropping out of Stanford to “go all in on BlackSMS.”

To learn more, you can check out a longer piece that TC wrote here earlier this year. To contact Weitzman, you can email him at founders@black-sms.com.

Capella Space: This data company says it can provide persistent and reliable information from space through a constellation of shoebox-size satellites that it’s building. How do they differ from the satellites of other startups? Its tech relies on synthetic aperture radar, meaning it sends radio waves down to the earth’s surface that — based on the reflection of the radio waves that go through the clouds and don’t require illumination from the sun — can capture images at night and despite heavy cloud cover. (Many other new constellations rely on optical technologies instead.)

Capella does have competitors, including Ursa Space Systems. Ursa currently sells information to customers based on traditional (read big, bulky) satellites that employ synthetic aperture radar, and it’s planning to develop its own constellation of satellites. But it’s pretty much an open race at this point. You can reach the founders at founders@cappellaspace.com.

DeepLIFT Technologies: This company has developed a set of algorithms that it says can understand and explain any deep learning process by looking at inputs, identifying recurring patterns and other stuff.

Why bother drilling into why machine learning processes work like they do? For one thing, regulators are starting to push back against “black box” technologies. Most notably, the EU recently introduced a provision to pass legislation that guarantees EU citizens a “right to explanation” when machine learning models are used to make decisions that impact them.

The founders say the company is not raising money. (We’re not sure we believe this.) They also say their tech, currently in use across eight genomic labs in the U.S., has already attracted substantial interest from Alphabet, including from Google’s mobile development team and Alphabet’s life sciences subsidiary Verily. You can reach them at founders@deeplift.ai.