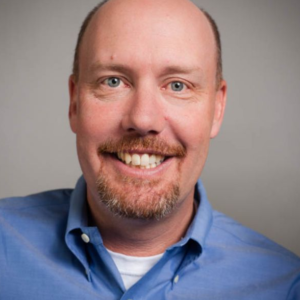 Chris Moore is an increasingly rare breed. At the founding of Redpoint Ventures 17 years ago, Moore joined as an associate and — unlike today’s associates who often are cycled in and out of venture firms — he was made a partner. Since then, Moore has led deals in numerous companies that have gone on to sell for sizable amounts, including Auditude, acquired by Adobe; Right Media, acquired (and later shut down) by Yahoo; Efficient Frontier, acquired by Adobe; and Blue Kai, acquired by Oracle.

He also led Redpoint into Refresh, acquired earlier this year by LinkedIn for undisclosed terms.

Earlier today, before leaving Redpoint’s Sand Hill Road office for the long weekend, Moore talked with us about what he’s seeing in the market right now and why it “feels like it’s in flux.” More from that chat, edited for length:

We’re sort of confused about what’s happening out there these days.

I know, it isn’t really clear right now which way the market will go. We had a real run-up last year and the year before, with lots of money coming into the system and momentum investing and all the unicorn hoopla. Then, late last year, it started to feel a little more discriminate, I think in part because the funding ecosystem was just getting exhausted.

The beginning of the year felt particularly grim, but it appears things are moving full speed ahead again.

In January and February, we had that public market hiccup, and we all said, “Ooh, this is it. It feels like the start of the correction.” And it didn’t really happen. Interest rates are still low and tech is still the one place where there’s growth in the world and investors are still looking for growth.

I do think there’s more focus on the fundamentals, and that translates from the later stage growth market all the way down to the Series A market. I think we’re even starting to see it a bit in the seed market.

It seems like there are still an awful lot of companies getting funded.

The pace has slowed a bit over last year, but not a lot. Still, I know we’re more focused on the “show me” rather than the “tell me.” We’re looking for market validation and proof points in the form of customer momentum and evidence that the business model can work.

No, not at the Series A stage. If you start asking for [onerous] terms, it’s hurts the company and it hurts us, because your next set of investors are going to say, “Hey, they got those terms at the Series A; we want them, too.”

Are Series A valuations down?