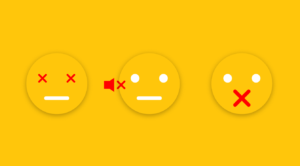 Every day, some tech startups are surpassing their numbers while others are struggling to keep going. Washio, an on-demand laundry service that abruptly shut down yesterday, is just the latest startup to lose its momentum.

There’s no shortage of ways things go wrong. Markets change. Companies underestimate the cost of doing business. Sometimes, too, the CEO isn’t getting the job done. In fact, you might feel very certain that your CEO is one of these people, and you may be tempted to complain to your company’s board members about it.

You might be disappointed if you do. However well-intentioned they may be, most board members won’t push a CEO out the door unless they have no other choice. Though VCs in particular talk up the help they provide to startups, when it comes to trouble within a company’s executive ranks, it’s, well, complicated.

“I think broadly the default is to back the CEO,” admits one investor who asked not to be named. “The CEO has far more access to the board than anyone else, and like it or not, his or her point of view tends to influence how you as a board member perceive the company’s situation. It’s sort of like, ‘Do I want to take a one-off comment, even a thoughtful one, and [give it more credence than] the interactions I’ve had with this [executive] over their tenure as CEO?’”

“Startups are hard,” says SoftTech VC founder Jeff Clavier. “The thing that no one talks about are the personal aspects of running a startup and the relationships between investors and entrepreneurs. We’re coaches and mentors, but sometimes, we’re psychiatrists, too.”

If it’s any consolation, frustration at startups – anecdotally, at least – is playing out across the landscape as a growing number of aging startups confront an uncertain future. According to the company Mattermark, which collects and analyzes data on private market funding, late-stage deal volume in the first quarter was down substantially, with 23 deals accounting for $4.2 billion in capital, compared with 32 deals totaling $6.1 billion in the first quarter of 2015.

Venky Ganesan, a managing director at the early-stage firm Menlo Ventures, says that over the last 18 months he has received “five or six calls” from high-level startup employees who’ve grown unhappy with their CEOs.

The precise issue typically dictates what happens next. Strange as it may seem, the easy things are financial fraud or gross mismanagement, says Ganesan. Harassment is a deal breaker, too. “If someone is calling me about personal harassment or integrity around accounting, it’s immediate. You ring the alarm and get out the fire trucks.”