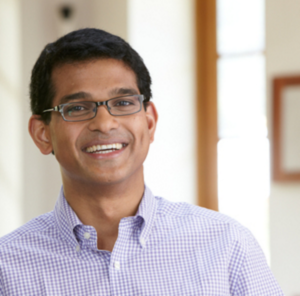 In May of last year, Ifty Ahmed was accused by federal regulators of conning his former employer — the venture capital firm, Oak Investment Partners — out of $65 million. Now, Ahmed suggests, Oak is doing the conning, and he says the stakes are even higher.

You might remember Ahmed’s sensational story. According to his former colleagues, Ahmed — who’d joined Oak in 2004 following short stints as a junior investor with both Goldman Sachs and Fidelity Ventures — began bilking the firm almost immediately. They say he doctored deal documents and faked invoices, among other ways he directed the Norwalk, Conn. firm’s monies into his own personal account.

The alleged fraud was discovered almost by accident. One month earlier, Ahmed, who lived with his wife and children in Greenwich, Conn., was arrested and criminally charged with insider trading. The reason: Federal prosecutors in Boston said Ahmed had conspired with longtime friend Amit Kanodia to profit from the planned acquisition of Cooper Tire & Rubber Co. by India-based Apollo Tyres, making $1 million from the deal before it was publicly announced. (Kanodia’s wife was Apollo’s general counsel at the time.)

In a civil lawsuit filed against Ahmed at the time (May 2015), the SEC identified at least nine companies in which Ahmed allegedly manipulated Oak investments for his personal gain, the most egregious of which appeared to be a Hong Kong-based online retailer. According to the SEC, in December 2014, Ahmed convinced his partners to write a $20 million check for a stake in the company when, in reality, it was buying a $2 million stake. Ahmed pocketed the rest, says the SEC.

With his name in the headlines, Ahmed fled to India, where he was quickly arrested by local authorities for entering the country illegally on an expired passport. (He surrendered his U.S. and Indian passports to U.S. authorities when he was charged with insider training.) In the meantime, the SEC froze all his assets, including his brokerage accounts, his investments in Oak’s funds and various properties, such as a home in Greenwich, and two Park Avenue apartments in New York.

Now Ahmed, who remains in India — he tells us he’s been prevented from returning to the U.S. by Indian authorities who’ve confiscated all of his documents — is trying to wage a battle of his own. To wit, earlier this month, he filed a motion in a U.S. District Court petitioning the SEC to include all of his “untainted assets currently held by Oak” and to direct them into a “joint untainted frozen bank account.”

According to Ahmed’s legal filing, these assets include four direct forms of investment and investment-related economic interests associated with his employment with Oak, including carried interest in four funds (Oak Investment Partners X, XI, XII and XIII), in which he says he was significantly vested. Specifically, Ahmed says that when he was terminated from Oak on May 18, 2015, he was fully vested in his Fund X; 91 percent vested in Fund XI; 83 percent vested in the carry of Fund XII; and 54 percent vested in Fund XIII’s carry.