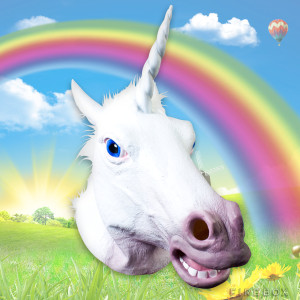 According to new research from the data company Pitchbook, Fidelity Investments has assembled stakes in 24 “unicorn” startups. That’s more than any venture firm. Fidelity’s peer and rival, T. Rowe Price, isn’t doing too shabbily on the same front. Pitchbook places it fifth in terms of its unicorn holdings, with investments in 17 privately held startups that are valued at a billion dollars or more.

Pitchbook asks whether mutual funds might be beating VCs at their own game, but a wealth of unicorn holdings isn’t necessarily a positive signal about Fidelity so much as a reminder that it has stuffed an awful lot of money into venture-backed companies that haven’t yet gone public or been acquired.

For one thing, the investment giant has in some cases bought stakes in companies afterthey were assigned billion-dollar plus valuations. Take Oscar Health, the three-year-old health insurance startup that has so convinced investors of its uniqueness that by last September, it was already valued at $1.75 billion. Fidelity then led a $400 million investment in the company this February, pushing Oscar’s valuation to a reported $2.7 billion.

And that’s hardly the only time a mutual fund company has taken an already rich valuation and driven it substantially higher. While the venture firm Andreessen Horowitz in particular seemed to get the ball rolling – remember that $100 million in first-round funding it provided to Github, or the $90 million it plugged into Tanium in one shot? – it was non-traditional venture investors like Fidelity, T. Rowe, and Tiger Global Management that picked up the torch and carried it to new lengths over and over and over again.