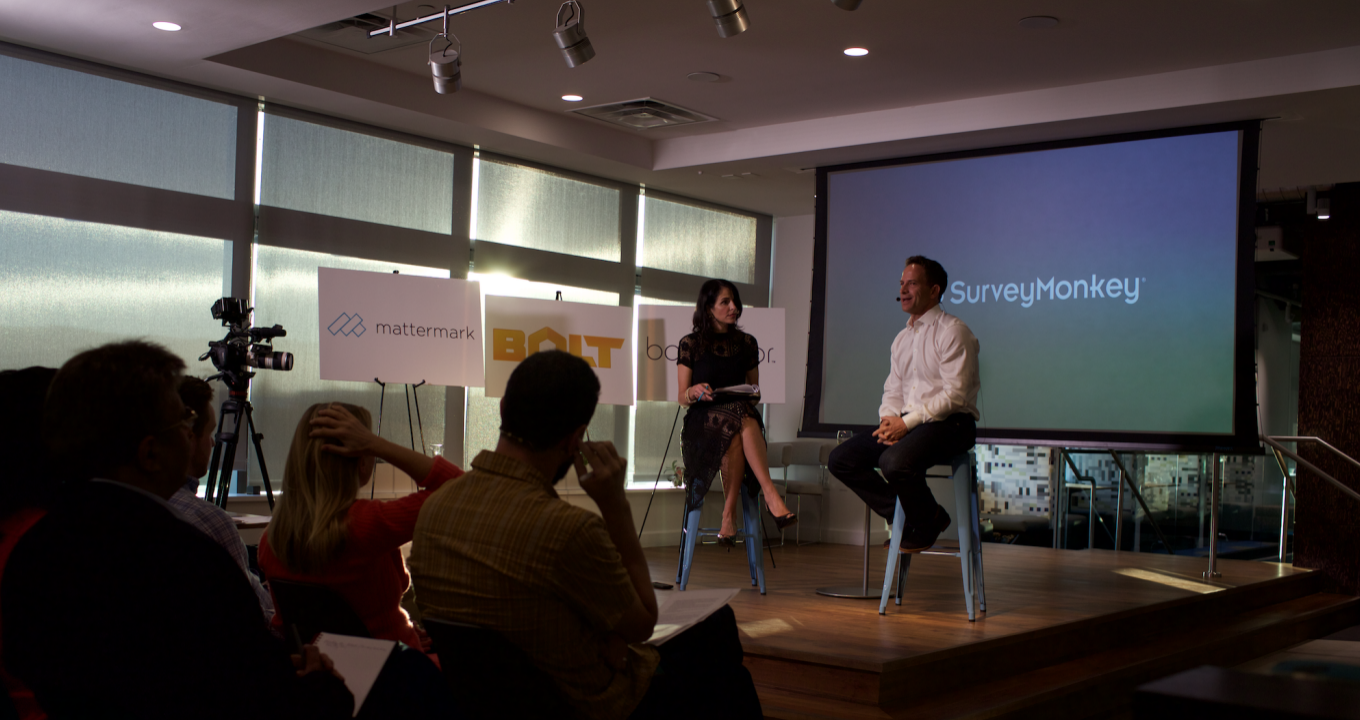 On Thursday night, at a StrictlyVC event at SurveyMonkey in Palo Alto, this editor sat down with CEO Zander Lurie to learn more about the direction of the 17-year-old company, known for the roughly 90 million surveys that the outfit and its customers create for their various constituents each month (and whose average order volume is $300, says Lurie).

I was particularly interested in Lurie, a former GoPro, CBS, and CNET executive, given his relatively quiet tenure as chief executive — a role he accepted in January after the passing of longtime CEO Dave Goldberg last year (and following a brief stint by a more immediate precedessor, tech veteran Ben Veghte).

We wound up chatting about the company’s valuation, polling accuracy, and whether and when the company will go public, among other things. Part of that chat, edited for length, follows.

You’ve been a CEO for nine months. What do you now appreciate much more about every CEO you’ve ever known?

I always had a boss or somebody who was there for constant feedback, and it’s different when you’re CEO. We have an amazing board of directors . . . but as CEO, you’re in charge of the script: What’s the strategy, who are the teams you’re entrusting to build the company, then all the comms and the motivation and accountability associated with delivering on the company’s promise. It’s on you to be that great storyteller. And I love it, but that’s what has struck out for me. There’s no one to ask: Am I doing a good job?

You inherited a unicorn company – valued at $2 billion at its last financing in late 2014. You also inherited the company under unique circumstances. Do you feel extra pressure owing to those circumstances?

We’re fortunate to have one of the most profitable businesses on the internet. You couldn’t really do a survey until SurveyMonkey and its founder really invented this new online survey platform. The company in 2009 had about 12 employees and $25 million in profits, then beloved Dave Goldberg became CEO in a buyout and in six years hired about 600 people, and today we’ll do about $200 million in revenue, with EBITDA margins in the mid 30s. So sure, the circumstances under which I became CEO were awful. Dave was one of my best friends in the whole world. But the culture he built, and his ability to recruit a team of world-class people across product and engineering and marketing, amazes me still. So while it’s a lot of pressure, it’s also super fun and a great honor.

How many people are using your surveys?

There are 15 million who are sending [surveys] on an annual basis and interacting with our products in different ways. The vast majority are responding to surveys from people they trust, increasingly on a mobile device.

We have a very detailed cohort analysis whereby people who try [the service] on a monthly basis tend to come on a somewhat transactional basis, and those who sign up for an annual plan — the longer they stay, the less likely they are to churn, and those are obviously our most profitable companies.

Uber is one of your many corporate customers, correct? Are they responsible for those five-star ratings we’re asked to give drivers at the end of each ride?

Uber is using a variety of [our] products, though I can’t say exactly which. I think the largest survey company in the world today is Uber. Today, every time you take an Uber, you take a .2-second survey where you’re rating your driver, and obviously those data points are helping inform them about which drivers are doing a great job, as well as [informing Uber about] the customers who drivers like. It’s using what we call people-powered data in a really refreshing way to drive their product forward.

I always give drivers five stars out of some paranoid fear that if I don’t, there will be ramifications. Other people game surveys for their own reasons. How do you ensure these surveys are actually useful to your customers?