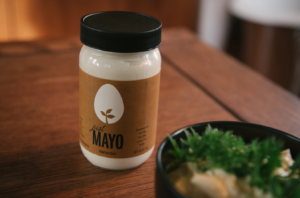 The board of Hampton Creek has hired one of the Big Four accounting firms to investigate claims in a Bloomberg story that the San Francisco-based vegan food company executed on a campaign to buy back mass quantities of its eggless mayo product, Just Mayo.

A source familiar with the situation says the board was unaware of the alleged scheme until contacted by Bloomberg’s reporters this fall, and that if CEO Josh Tetrick and other managers were “buying back mayo solely for the purpose of juicing the numbers,” the board will be “livid.”

This source says the board has no evidence of wrongdoing currently but that an auditing firm is currently “looking at every f_cking receipt that the company has created.”

Tetrick also declined to comment for this story, though a source close to Tetrick insists that there is no board-initiated investigation ongoing or taking place imminently.

In August, Bloomberg reported that the SEC and the Justice Department had launched probes of Hampton Creek for possible securities violations and criminal fraud, following its report that Hampton Creek had hired contractors to purchase Just Mayo from grocer’s shelves.

Tetrick told Bloomberg that the buybacks were centered around quality control, but these same contractors said they were free to consume, distribute to friends, or discard the product rather than look for quality issues.

What happens next is anyone’s guess, but a follow-on story in Bloomberg didn’t reflect well on Hampton Creek’s board, which was reportedly warned by the successful entrepreneur and investor Ali Partovi that the company might have a truthiness issue, to steal from comic Stephen Colbert.