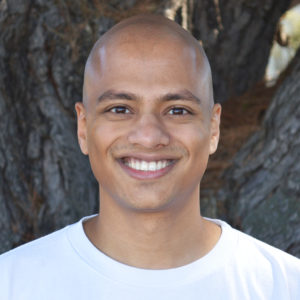 Fish oil. Protein shakes. Vitamin D pills. The packages look alike. Does it matter which you buy? It certainly does, according to Labdoor, a four-year-old, South San Francisco-based startup that tests about 50 supplements and energy drinks each month that it buys off retail shelves, then ranks for consumers.

What it finds might intrigue you. Vitamin C degrades in water, for example, so any water-based Vitamin C tablets are basically worthless. More than a quarter of fish oil products are rancid on the shelves, even when their expiration date may be two years out. Many protein powders don’t live up to their claims, either. Some are largely composed of amino acids rather than the 100 percent whey protein isolate advertised on the label. Others  contain so much sodium that consumers confuse bloating for muscle mass.

Why are these things allowed? FDA loopholes, says Labdoor founder and CEO Neil Thanedar, who says that in the case of protein powders, for example, manufacturers need only test the nitrogen content of their product. And to a nitrogen test, amino acids and why protein isolate look the same.

Thanedar, who studied chemistry and molecular biology at the University of Michigan, seems almost destined to be taking on the $36 billion-dollar-per-year supplements industry. He says his father, Shri, ran testing labs his entire life, and he was intrigued from a young age in the science behind the labs. In fact, though his father had retired by the time Thanedar was graduating from college, he pulled him back into the business. “I decided I wanted to start a lab instead of get a job, so I kind of wrangled him in and we ran it together for three years and now he runs that lab independently” in Michigan, says Thanedar.

The reason he left to start Labdoor, he says, centers on the work the lab did for supplement companies, many of which looked to sabotage their competitors by sending competing products for testing. “They’d ship stuff and ask what’s wrong with it. We’d see energy drinks with caffeine levels that featured well over 200 milligrams per each two-once shot, or protein products with lead, or fish oil with half as much omega-3 [fatty acids] as companies were claiming.”

While lucrative, Thanedar saw an opportunity to cater to customers and let them know what, exactly, it is that they’re ingesting.

Investors are gobbling it up, too. Labdoor just closed on $3.4 million in Series A funding led by Floodgate, with participation from Correlation Ventures, Fyrfly, Zeno Ventures, Heroic VC, and Seabed VC. The company has now raised $6.6 million altogether, including from seed investors Mark Cuban, Rock Health, and Y Combinator. (Labdoor passed through Rock Health and Y Combinator’s accelerator programs in 2012 and 2015, respectively.)