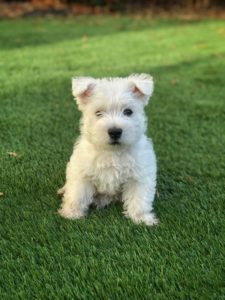 A new breach, considered the most serious in years, could enable Russia to evade NSA surveillance and more easily infiltrate U.S. networks. The WSJ has the story here.

EquityZen. We operate a secondary market for company-approved transactions in pre-IPO stock. Founded in 2013, EquityZen has already closed over 2,500 investments in 75+ companies. For as low as $10K on your first investment, you can gain access to proven private companies like Spotify, Lyft, and more! Join for free and begin investing in the private markets: equityzen.com.

Banks want to know what around the corner is trying to put them out of business, so it’s no surprise that a spate of fintech-focused accelerator programs has sprung into existence in recent years. For example, Deutsche Bank just opened is fourth innovation lab in New York this year, after opening outposts in Silicon Valley, Berlin, and London. Barclays, which initially opened its accelerator program in London, is now in the U.S., too, having partnered last year with TechStars. Wells Fargo also provides money and mentoring to companies that enter into its semi-annual accelerator program in San Francisco.

Another program that gets high marks from founders is the Financial Solutions Lab (FinLab), an offshoot of the Center for Financial Services Innovation, a 13-year-old nonprofit focused on serving unbanked and underbanked customers.

What is FinLab and what’s the appeal to founders? Broadly speaking, it’s a 2.5-year-old program that aims to find and nurture fintech startups that are helping Americans save, access credit and build assets, and it is itself fueled by a $30 million, five-year grant from JPMorgan. Startups are under no obligation to transact with the bank or sell it a stake of their business. As far as JPMorgan is concerned, FinLab’s mission is a solid one. Plus, it can gather useful intelligence about what startups are cooking up, and it’s a good look for JPMorgan, given that banks are not on most Americans’ list of most-loved companies. (A recent Gallup poll shows that a meager 27 percent of Americans have “a great deal” or “quite a lot” of confidence in the institutions.)

FinLab is fairly small and mostly virtual, but it seems to have a knack for sifting through applicants to find interesting companies. Among those startups it has worked with so far is Propel, a startup that helps people who receive food stamps manage their benefits. (It raised $4 million in seed venture funding after joining the program, including from Andreessen Horowitz and Omidyar Network.)

Another company that’s currently a part of the program is Dave, an app that alerts consumers ahead of an upcoming overdraft and can advance them money. Though its founders have created several companies previously and they’d already raised $3 million in seed funding — including from Mark Cuban and The Chernin Group — the team still applied to be a part of FinLab.

The two are now among 26 companies that have either graduated or are working currently with FinLab, whose nine-month-long program features some of the typical one-on-one engagement with mentors that are a feature of most accelerators. FinLab’s strongest enticement, however, are six day-long meetings that it organizes for its companies — meetings that can mean the difference between these companies thriving and wilting on the vine.

Home61, a three-year-old, Miami-based end-to-end real estate platform, has raised $4 million in funding, including from FF Angel and FJ Labs. The Real Deal has more here.

Psst, startup founder, Founder Shield is the most user-friendly and responsive insurance brokerage you’ll ever work with if so. Our expert brokers will help you craft your insurance program using our seamless and intuitive tech-enabled process. Create an account and get free quotes today.

Navient, one of the largest U.S. companies that collects payments on student debt, jumped into the lending business yesterday by agreeing to acquire financial-technology startup Earnest for $155 million in cash. Navient plans to maintain the Earnest brand as a separate unit, which will be led by its co-founders, Louis Beryl and Ben Hutchinson, says the WSJ. Earnest had raised a ton of equity and debt funding — at least $320 million by our count. More here.

Nick D’Aloisio, who previously founded news summary app Summly (which he famously sold to Yahoo at age 17 for a reported $30 million), has raised funding for a new stealthy startup that promises to help users find and instantly chat to an expert on a range of topics. (Yes, this same idea has tried and failed a million times, but let’s stay tuned.) TechCrunch has more here.

How Apple CEO Tim Cook is remembering Steve Jobs on the sixth anniversary of his death.

Aymerik Renard has joined the hardware-focused fund Hardware Club as a general partner. Renard was most recently a director with Western Digital Capital and, before that, a director with SanDisk Ventures.

FirstMark Capital, the New York-based venture firm, has brought aboard Catherine Ulrich as a managing director. Ulrich was previously the chief product officer at Shutterstock and, before that, Weight Watchers. She is the firm’s first senior female investing partner. TechCrunch has more here.

Venture capital has hit an all-time high in India—and a quarter of it came from one investor.

Meanwhile, dealmaking in China is slowing.

Amazon is testing its own delivery service to rival UPS and FedEx.

Baidu just opened a second R&D lab in Silicon Valley to work on autonomous driving, among other things.

A list of everything that Magic Leap has released so far.

A bombshell report on Harvey Weinstein.

The Quiet Punch, for when those deals go south.