A Best of All Worlds 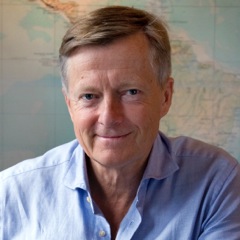 You may remember Erik Wachtmeister from his days at ASmallWorld, the exclusive, invitation-only social network community that he founded with his wife in 2004. The son of an ambassador and a countess, the aristocratic Wachtmeister disappeared from view after selling a majority stake in the business to movie mogul Harvey Weinstein, who elbowed Wachtmeister aside, tanked the business, and later sold it to a Nestlé heir, who has recently run into troubles of his own.

Now Wachtmeister is back and taking another shot at the genre with his newest venture, Best of All Worlds, an 18-month-old, invitation-only social network that’s even harder to join. It features a new wrinkle, though: starting next week, accredited investors will be able to buy their way into the platform via a crowdfunding campaign. “It’s a way for us to widen our base of investors, stakeholders and global ambassadors of the brand,” says Wachtmeister. We spoke yesterday morning; our conversation has been lightly edited for length.

We talked about Best of All Worlds in July 2012, when it was set to launch. What’s been happening since?

It’s been in private beta. We launched it with 35,000 people, a relatively small group in global terms. And we’ve since been evaluating how people use it, what features they most like, whether the user interface is intuitive or not and making adjustments.

Why did you decide to form another invitation-only social network?

Not so much to keep it exclusive but to maintain an intimate space where people can network more openly. You can’t just walk up to someone at an airport, but if you’re in a private venue, the social rules are different; it’s more acceptable to walk up to someone.

How does the admittance process work?

It’s very democratic. Members decide who can be invited, but not everyone gets invitation rights, so there’s an algorithm that [decides how many invitations are allotted those with invitation privileges]. It’s to prime it and hopefully ensure that it grows in the right direction. We don’t want an overwhelming amount of students, for example. We want a good mix geographically, professionally, age-wise.

Some might interpret this as yet another way for the “1 percent” to avoid everyone else.

Not at all. It’s very simple. All we’re doing is creating what exists in real life online. People don’t necessarily want to pass out their business cards at Grand Central Station; that’s not normal.

We want to grow our community in an orderly fashion, where you’re starting with people who have a lot of affinity for each other and know the same people and have similar appreciations for what’s around them. Our goal is to have an eclectic mix of people from all over the world, from all kinds of backgrounds, but there should be a certain commonality of interest.

You’re turning to crowd-funding. Will these investors who may well be strangers to your other members be able to access the site?

Anyone who invests will of course be able to become a member. At a very minimum, investors should be able to able to find their way around the site.

We see it as complementing our fundraising strategy with giving our members and other accredited investors the opportunity to “take a bet” on a private company.

Which crowdfunding platform are you using and what’s the minimum investment?

Are you also talking to VCs?

We’re very open to it, though VCs tend to want to see that hockey stick [growth] being realized already – they want huge traction – and we’re not quite there yet.

What makes you think you can compete with Facebook?

I think people are sick of Facebook. They use it like a directory, to look up people, and if they’re bored, they’ll look to see what people did yesterday. It’s for vanity and self-expression. We’re more a utility.

Once we have critical mass, for example, we’ll create verticals for groups of people who share the same passions. Facebook Groups are great if you’re organizing something like a bachelor party but not if you want to hook up with people with a strong passion or knowledge in a given area. Facebook has several million of these groups, with an average size of 20 members; our goal is to have a few dozen “worlds” with tens of thousands of people in each world. It’s a completely different concept.