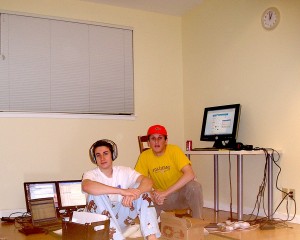 A few weeks ago, I talked shop with DFJ managing director Josh Stein about everything from Bitcoin (he’s bearish on the digital currency) to which firms are doing the most “fringe” investing (Khosla Ventures, Founders Fund, Google).

Naturally, one of the topics we covered was Stein’s very early investment in the online storage company Box. It was a “very risky bet,” as he said at the time.  Lucky for DFJ, as it turns out.

When earlier today Box publicly revealed its plans to raise up to $250 million in an IPO, many were surprised by the size of DFJ’s stake. Its 25.5 percent of the company is nearly twice the size stake of Box’s next-biggest shareholder, U.S. Venture Partners, which owns 13 percent. It also dwarfs the ownership positions of  Box cofounders Aaron Levie and Dylan Smith, who respectively own 4.1 percent and 1.8 percent.

Altogether, Box has raised $414 million, including its most recent, $100 million, round, which closed in December at what Levie told reporters was a $2 billion valuation. Almost none of the firms that led Box’s later rounds are listed on its S-1; meanwhile, DFJ, which invested a total of $30 million in the company, could clear roughly $500 million if Box maintains its current valuation holds up.

When I’d asked Stein what he saw in Levie and Smith seven-plus years ago, he told me that DFJ always looks for two things: “Markets that have the potential to be big, and entrepreneurs who are passionate and driven and kind of unreasonable. They aren’t willing to accept the conventional wisdom. They’re doing things that by their nature are very hard, and most people will tell them they’re wrong, and they’re so committed in their vision that they bull through that.”

Even though Box  had just thousands of users at the time, Stein saw a big market opportunity.  It “struck us as a product that could be very horizontal – not just for salespeople or doctors but for everybody,” he said.

Also, Levie and Smith were appropriately unreasonable. They were “obviously sharp, bright, and hard-working,” Stein observed, noting that when presented with questions they couldn’t immediately answer, they’d often provide long, thoughtful responses within a few hours.

But Stein also based his investment thesis on something that firm cofounder Tim Draper told him when he first joined the firm. Draper had told Stein to “think why something could work, rather than why it couldn’t.”