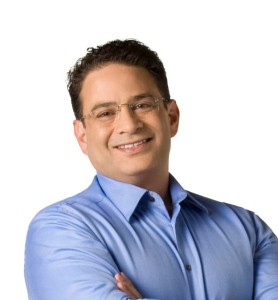 In all likelihood, you’ve never heard of Rami Elkhatib. He isn’t Twitter-famous. He seldom speaks with reporters. He hasn’t worked at a brand-name firm. Before launching Acero Capital on Sand Hill Road in 2010, Elkhatib quietly represented the Raleigh, N.C.-based venture firm Southeast Technology Funds, where he worked as a West Coast-based general partner for roughly eight years.

But while Elkhatib may be a stranger to you, enough institutional investors know him — and apparently think quite highly of him – that they committed $150 million to his debut fund in 2010, where he was (and remains) the sole general partner.

Earlier this week, I caught up with Elkhatib, whose hits include the 2006 sale of Pixel Magic to Dai Nippon and the 2007 sale of the managed storage solution company Arsenal Digital to IBM. Our conversation has been edited for length.

You’ve been investing this fund since 2010. What are you shopping for, and how many startups have you backed?

The fund closed in 2010, but it’s still pretty early. We’ve made six investments, and the plan is to make 20 or so. As for focus, it’s on Enterprise IT broadly. We’ll probably invest in up to 18 [related] companies, along with a couple outside that space. Within Enterprise IT, the approach is to look at what enterprises are interested in, and for us, right now, that focus translates into analytics, mobility, infrastructure, and virtualization.

How big are the bets that you’re making?

We tend to be pretty agnostic: we’re focused more on the opportunity and the management team, but the investments we’ve made so far have been A or B rounds in the $4 million to $6 million range, with reserves set aside [for follow-on fundings].

What themes are interesting to you right now?

Enterprise mobility is an area I’m really interested in. There’s still a lot of room for innovation; I’m personally focused on finding mobility middleware – the equivalent of systems management companies from the traditional IT space.

We’re also very interested in real-time data, meaning true real-time. When people talk about real-time in big data, they’re talking about minutes, but I think we’re moving to a world where real-time insights come in milliseconds, where data that’s going through the network hasn’t even been stored yet.

You say “we.” Explain to readers how Acero works. You rely on “venture consultants,” which seems like a new twist on things.

Well, I’m the sole GP, but I’m not the only person. We [including an associate and venture partner] have a corporate, enterprise-focused sourcing strategy, meaning that for every subsector, our approach is to cultivate very strong relationships with large public platform companies in that sector, and we use those relationships to decide [what themes to pursue]. Toward that end, we have venture consultants with us who happen to be senior VPs in product management at platform companies [who we] talk with about their needs or, if we are interested in, say, the storage space, we make it our job to talk with them about where they see the market headed.

It’s not a casual effort. It’s the cornerstone of how we’ve been sourcing deals.

Have you modeled these scouts after another firm?

I’ve modeled it more on my own experience within Toyota and Procter & Gamble, where I spent the first third of my career as a software engineer focused on database design – an early ’90s version of big data. If anyone back then had wanted to talk about how you collect information about every [stock-keeping unit] in every store in the United States, and how you do trend analysis on that, there was probably no one better to talk with than my team.

Are these consultants compensated?

They are, though I’d rather not get into specifics. Ultimately, I hope that it will become a recruiting strategy. There are three to five people who have worked for us in that capacity, and I’m sure our next partner will be one of those people. It’s very challenging to add someone new to a team; I think [our way of interacting with these individuals] is a good way to get to know them.

I’ve never heard of a single-GP firm managing so much money. Will you hire another GP shortly?

We’ll be adding a principal and an associate … but I think it will take more time to add a GP. I don’t have it calendared. Partly, that’s because we just made our sixth investment [leading the $11 million Series B round of Gridstore, a startup that makes low-cost storage devices] the same week we sold one portfolio company [Bitzer Mobile, a company that makes mobile applications management software and that Oracle acquired in the middle of last month for undisclosed terms; Acero had led its lone, $4.83 round in 2011, joined by Chevron Technology Ventures]. So net net, my board commitments didn’t increase.

If you start a fund with one or two or three GPs, it almost always takes a long time. Whoever starts the fund needs to establish its personality and approach and strategy. After that, you can add GPs.