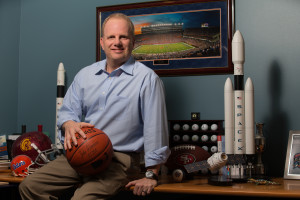 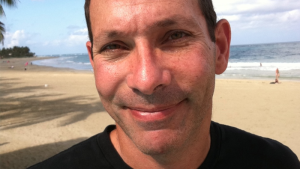 For 15 years, Ariel Poler did the entrepreneur slog, founding I/PRO, an early web analytics company; Topica, an email community; and the mobile marketing startup TextMarks. Then, in 2010, Poler decided to turn his attention entirely to angel investing, a pastime in which he’d long dabbled and that has also proved lucrative for him thanks to numerous hits, including AdMob (acquired by Google) and StumbleUpon (acquired by eBay and taken private again).

Poler’s investing career took shape in the late ’90s when he began helping out the boards of several startups, including Kana Software and LinkExchange, in exchange for equity. He still doesn’t think of himself as an “investor,” though, or plan to raise a fund. “It’s just not what I want to do for a living.” He explained during a recent chat.

How many startups do you invest in per year and what size checks do you write?

I don’t have a target but it’s worked out to be between three and five per year. In terms of the size of check, the average is probably $50,000.

You’re involved with a lot of “hot” companies, including the cycling and running app company Strava. Why not raise a fund like everyone else in your position?

I don’t think of myself as an investor. I won’t invest in an entrepreneur who I won’t have over for dinner. I don’t want to have to optimize for financial return. To become a professional investor, it’s just not what I want to do for a living. It’s not why I do it.

You want to like the people you’re backing. How do you decide if it’s a good fit?

It’s becoming harder. Because the speed at which startups get built and funded has accelerated significantly in recent years, there’s generally less time for people to understand if there’s a good fit. On rare occasions, I think [something] will be a good fit, then discover it isn’t. But that’s another benefit of [not being obligated to outside investors]. When that happens, I hold on to my shares, but I won’t proactively spend my time with the startup.

What I try to do is interact a little bit in a way that’s proactive for entrepreneurs [like via] working meetings. I recently met with some founders who needed to pick a vertical for their product and needed help prioritizing, and I said, “Let’s pretend I’m a member of the team,” and we spent an hour and a half [on the issue], and I enjoyed it and they enjoyed it. That’s how it starts. Because everything is moving so quickly right now, you might not have the luxury of [spending a few weeks or more with a team], but I still try.

You were on the board of Odeo, a platform for podcasters out of which Twitter was eventually spun, and you let founder Evan Williams buy back your shares. Was there a lesson in that experience?

Everybody got their money back. It wasn’t an option. It wasn’t like some said, “Give me my money,” and others didn’t. Evan wanted to own 100 percent of Odeo and he bought everyone out. Then months later, he did a financing for Twitter and a small group of those who’d been investors in Odeo participated in the Twitter round. For me, when I was deciding, I thought Twitter had potential; I did feel pretty good about it. But there were other reasons I decided not to invest and they’re reasons that were pretty valid and go with my investment philosophy.

That was the worst professional decision of my career, no question about that. [Laughs.] But if you look at most of the very successful companies, it’s very hard to predict [their rise]. When Evan came to the board and said, “I don’t want to do this anymore,” Twitter was already part of Odeo. We [the board] said, “The founder doesn’t want to do it. We don’t have any traction. We should try to sell it.” It was my job as a board member to find an investment bank, and I did. I was thinking Twitter could help MySpace compete against Facebook. But no one would take it for free — not for a dollar. That’s when Evan said, “I’ll do an incubator [and restart].”

Many investors seem to think it makes sense to just back an entrepreneur like Williams an infinite number of times.