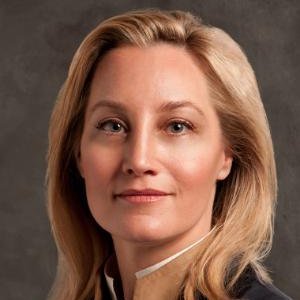 Any new CEO has a lot to contend with, like getting to know employees and clarifying the business’s strategy. Erin Glenn, who recently joined the New York-based crowdfunding platform Alphaworks, has to worry about something else, too: the SEC.

Launched by Betaworks in February of this year, Alphaworks is a white label platform that obtains stakes in companies via seven venture “sponsors” that leave open between $100,000 and $250,000 of certain startups’ rounds. The companies then sell the equity directly to their own “communities,” in turn making those customers even more loyal.

Glenn — who spent the previous four years as CFO of the gaming company Kixeye — sees a day when the model is used across numerous industries, though Alphaworks’s clients so far have been consumer-facing Internet companies with impassioned members.

Gimlet Media, a New York-based podcasting company, is a prime example. Earlier this fall, when the company was looking to top off roughly $1 million in venture funding, it agreed to crowdsource some of the round to its listeners. Alphaworks’s nine employees sprang into action, posting a deal page for Gimlet, reformatting its pitch deck, helping gather audio testimonials and, not last, helping coordinate media coverage to drive interest in the campaign.

The plan worked. Gimlet’s $200,000 crowdfunding campaign was fully subscribed within three hours. (In fact, the company wound up accepting $275,000.) Alphaworks is now represented on Gimlet’s cap table as a special purpose vehicle whose investors have delegated their voting, follow-on, and information rights to Alphaworks.

Still, not everyone who wanted to back Gimlet could — not even close, says Glenn, who estimates that just 25 percent of those who began the registration process were able to complete it. The others didn’t qualify as accredited investors. And until the SEC finalizes a key rule in the now two-year-old JOBS Act that was designed to let small businesses raise money from virtually anyone over the Internet, the non-accredited will remain locked out of the process. (As recently as last week, the agency’s chair, Mary Jo White, suggested it’s in no rush to make binding decisions about the rule, called Title III.)

“It’s frustrating,” says Glenn of the continued delays. “There’s a concern about ‘frothiness’ in the market right now. But in a hot market or a down market, the timing is always going to be difficult.”

Alphaworks has a uniquely challenging mandate, too. While other crowdfunding platforms cater to wealthy investors in search of investment opportunities, Alphaworks’s focus on turning a company’s fans into owners means it’s catering to very different end users. Not only do many of them lack the financial muscle required currently by the SEC, but some need to be educated on startup investing. (Indeed, Alphaworks, which is backed by $1.5 million from Betaworks, SV Angel, and Lerer Hippeau Ventures, has organized just four campaigns to date.)

Glenn — who says that Alphaworks is sticking to its original mission — isn’t discouraged. As far as she’s concerned, its patience today will pay big dividends later.

She notes that Gimlet saw nearly triple the demand for what it raised, taking into account the roughly 75 percent of registrants who were forced to abandon the process along the way. “That kind of demand is a strong signal for Gimlet to talk about,” says Glenn. “But it should also be a signal to the SEC. People want to participate in the growth of their favorite companies. They also want to be responsible for their own financial destiny.”

And Alphaworks, she suggests, will be waiting to help them.