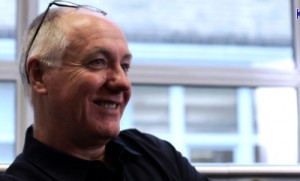 In Silicon Valley, entrepreneurs and investors are often rewarded for having outsize ambitions. Perhaps it’s no wonder then that tech industry veteran Keith Teare — who hasn’t managed any institutional money in his career – has set his sights on raising two new investment funds that he expects will total $800 million.

The first $400 million fund that Teare plans to open to investors next month is Micro Fund Capital, a fund of funds that will target micro funds; a second fund that’s also targeting $400 million will make direct investments in the first portfolio’s breakout successes. Its name: 2nd Round Capital.

Certainly, LPs could do worse than listen to Teare, whose background makes him as well-suited to invest hundreds of millions of dollars as many VCs in the business. In 1994, for example, he cofounded one of Britain’s first consumer-facing ISPs, EasyNet, which remains a large DSL carrier. Among other things, Teare also cofounded the Internet keyword company RealNames; the classified ad company edgeio; the media company TechCrunch; and Archimedes Labs, a small outfit that incubates, invests in and advises tech startups.

Not all of Teare’s companies have been unmitigated successes. RealNames was poised to go public just as the dot com bubble burst; it shut down operations in 2002. Teare’s startup edgeio, cofounded with famed blogger Michael Arrington, also landed in the so-called deadpool in 2007. The pair did much better with TechCrunch, which sold to AOL in 2010 for a reported $30 million.

Archimedes Labs –originally a joint endeavor of Arrington and Teare and today a company operated by six other business executives, including Kambiz Hooshmand — has also had hits and misses, though its portfolio holds promise. For example, Archimedes furnished M.dot, a mobile site building app, with its first check. (M.dot was acquired last year by GoDaddy in a mostly stock deal that could prove lucrative if GoDaddy goes public as expected.) Archimedes was also the first investor in Quixley, an app search engine that has raised roughly $75 million over the last five years, including a $50 million round led by Alibaba last fall.

The big question, naturally, is why Teare thinks investors will give him hundreds of millions of dollars to invest for his newest act. While he has raised some outside money for Archimedes, he characterizes the amount as “very small.” (Archimedes typically writes checks of between $25,000 and $100,000 and has 14 companies in its portfolio.) Most operators with a similar profile — including Arrington — start small and raise progressively larger pools as they prove out their theses.

Teare says that he; Hooshmand; and a third partner, Patrick Gannon, a founder at LendingClub, originally planned to raise a $25 million microfund. In fact, he says that “within about two weeks, we had $6 million in commitments.” But he says the interest was coming entirely from small investors — which gave him an idea.

“It’s clear that microfunds are too small for institutional investors” other than the few fund of funds that target them expressly, including Cendana Capital and Weathergage Capital, says Teare. With such firms already overwhelmed by requests — and many nascent startups left with a shortage of post-seed, pre-Series A funding choices, he says, “We thought: Why not do what [Cendana] is doing on a much bigger scale? Why not go and raise a serious amount of money for microfunds?”

Teare says he knows raising the money won’t necessarily be a walk in the park. “I’m a smart guy who knows which way the wind is blowing, but I’d say I’m highly challenged to justify to the world that I can be an investor in other people’s companies except [for showing] what I’ve done at Archimedes.”

Then again, the whole idea of investing in already successful micro fund managers is to “mitigate” investors’ risk, he says. “The issue isn’t whether I can pick companies but whether you think [top micro fund managers] can. No individual can really do better than the market.”

I ask Teare what happens if the leading micro VCs don’t take his money. I ask if he has shared his plans with several whose names he raises during our conversation.

He says he hasn’t. He doesn’t seem terribly concerned that he’ll be turned away, though. “These are people who I admire and know for the most part. The personal risk for me is, can I get access to these fund and companies? And that comes down to personal relationships, which I already have.”