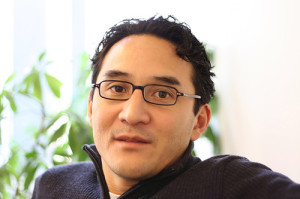 Back in December 2012, Fred Wilson of Union Square Ventures told entrepreneurs who crowded into the New York law offices of Cooley that they more should focus on enterprise technologies – and not simple analytics masquerading as such.

A lot has changed since then, says Ed Sim, cofounder of the seed-stage fund Boldstart Ventures in New York, who suggests that when it comes to even pure enterprise tech – beyond enterprise applications – New York is catching up to the Bay Area. We talked last week about what he’s seeing and how his firm is funding what it’s finding. Our conversation has been edited for length.

You raised a $1.5 million proof-of-concept fund in 2011, then another $17 million last year. So things must have gone well with that first fund.

What size checks are you writing today?

How do you differentiate Boldstart from other firms?

It’s a leveraged model. We put together an advisory board of 12 folks — people we’ve funded over the years, many of whom have had successful exits – and they’re very helpful from a deal flow and diligence perspective.

Also, [firm cofounder] Eliot [Durbin] and I kind of figure out one or two things the entrepreneur needs to get a Series A done, whether it’s to refine the products, or introduce the founder to a few customers. Then we’ll co-invest with a few other micro VCs to share the load in what we do. It’s been working thus far. Our portfolio companies have gone on to raise more than $250 million in follow-on financing.

Which firms do you tend to work with?

We’re probably one of few teams in New York with a big focus on enterprise at the micro VC level. Other investors elsewhere, including in Boston, do more. So for example, we’ve co-invested with Atlas Venture in two companies.

Enterprise is where the money is and plenty is happening in New York, including a number of Israeli technology [companies relocating here] because of customer traction.

There’s a lot of talent around, too. One of our portfolio companies, Divide, was started by a team that was building software products at Morgan Stanley. [Divide, whose software helps corporations manage their employees’ personal smartphones, was acquired last month by Google for undisclosed financial terms.] Security Scorecard, which is still operating in stealth mode, was founded by guys who were heading up the security division of Gilt Groupe. A third [portfolio company], Yhat, was founded by people who spun out of the analytics and data warehousing group of OnDeck Capital.

For us, this whole angel scene is tied to the vagaries of the stock market. When it’s doing well, more are out [writing checks]. Now, people are in wait-and-see mode because no one is sure which way the market is going, so that’s more opportunity for us.