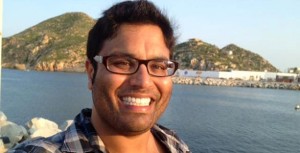 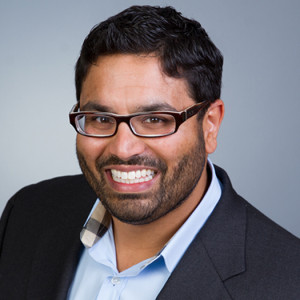 Steve Jurvetson has always been DFJ’s boy wonder, a polymath whose interests range from nanoscience to space travel and who received his electrical engineering degree from Stanford in two-and-a-half years (then he nabbed his master’s, then an MBA).

Now, the Sand Hill Road venture firm appears to have found a new whiz in Bubba Murarka, who was brought on as a managing director last May and has some pretty impressive credentials of his own.

The son of a scientist and an engineer, Murarka grew up in San Jose and Cupertino before heading off to Cal Poly in San Luis Obispo, Ca., “mostly because I wanted to go somewhere my parents couldn’t drive to see me by surprise,” he tells me over coffee at San Francisco’s Epicenter Café.

As he was graduating, Microsoft recruited him to Seattle, where in 2001, Murarka was among a group of graduates to invent one of the earliest versions of social networking, an online application called Three Degrees. Eighteen months after Murarka arrived at Microsoft, however, his group was reorganized, its resources cut, and Murarka headed back to Cal Poly and earned his master’s degree.

Again, Microsoft came knocking, this time offering Murarka the chance to run all product for Bing in the Bay Area. He happily stayed another three years. But by 2008, like a lot of top talent, Murarka — who speaks fast and smiles often — found himself at Facebook, where he talked his way into a business development role. He says he wanted to learn something new. What he discovered was how to handily outmaneuver traditional biz dev people. “I’d built Web software and desktop software and I understood the product and the engineering side of things,” he says. “The business person would have to bring in the engineer or product manager and I’d just start negotiating directly with that person and all of a sudden, we’d have an awesome deal for Facebook. It was sort of like a superpower.”

It became too rote, in fact, so in early 2011, Murarka asked to switch to product management. With the move, he became the third product manager at Facebook to focus on mobile, and the first to zero in on Android specifically, eventually leading more than 50 people in the creation of Facebook’s Android app. (Given Android’s adoption, it’s probably the most-used interface for Facebook at this point.)

Whether all of that experience will translate into success at DFJ is an open question, though it’s easy to see how it might.

Murarka, for example, recently led the Series A round of CircleCI, a “continuous integration platform” that basically takes code sitting on a developer’s GitHub repository and quickly runs tests on it on Amazon’s Web services, pushing out what’s working to end users. The company has plenty of competitors, including CloudBees and Semaphore. But CircleCI has “built the best product out there,” says Murarka, “and as one of the few VCs who has written and shipped desktop, Web, and mobile software, I think I uniquely get it. I really see the power of the future they’ve created.”

In the meantime, Murarka, a nut for all things mobile, can’t resist developing a still-stealth mobile company in parallel. “The agreement I had with DFJ was that I’d finish the company building, so I’m chairman but I got out of an operational role at the end of 2013.”

Murarka replaced himself as CEO with a former COO of Virgin Mobile. “So, it’s like, going to be a thing,” he says excitedly.

I ask the newly minted VC if his startup has raised any capital. “None so far,” he says with a slight smirk. “We’re still debating.”