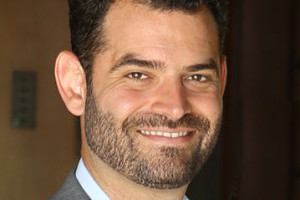 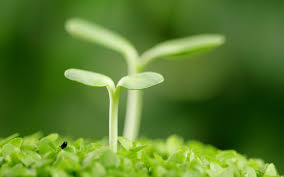 Over the weekend, venture capitalist Marc Andreessen tweeted, as part of a broader conversation, that there are “definitely too many new small angel funds. That seems clear.”

The comment kicked off a spirited debate on Twitter about small funds and their perceived merit. But if anyone knows what’s happening in the broader world of seed funds, it’s Michael Kim of Cendana Capital, a four-year-old investment firm that has made its name by backing micro funds, including Freestyle Capital, Founder Collective, IA Ventures, K9 Ventures, PivotNorth Capital, Lerer Ventures, SoftTech VC, and Forerunner Ventures. Kim, whose firm is managing around $90 million and is raising a fresh $55 million, talked with StrictlyVC yesterday about what he’s seeing.

We look for groups that lead or co-lead their deals. There are plenty that just chip a bit into a seed round. But for us, it’s really important that the funds we invest in focus on ownership and on being the largest investors [in a startup’s seed round], as well as having substantial reserves. We’re looking for a firm that does three to five deals a year, putting in a million dollars [into each deal] and owning 15 to 20 percent.

Most of your funds are in the Bay Area. Is that by design?

We do think about the ecosystem: it has to feature high-quality entrepreneurs, high-quality co-investors, and lots of opportunity for follow-on capital. So L.A., for example, doesn’t have a good seed ecosystem; it’s too reliant on the Sand Hill Road crowd to fund its companies.

More funds has meant more specialization. Is that a good thing or do some micro VC fund managers run the risk of backing themselves into a corner?

I think it’s very important to stake out what your value-add is. Forerunner Ventures specializes in digital commerce, so pretty much anyone who starts in that space wants to meet with [founder Kirsten Green]. IA Ventures is known for being a big data investor; Founder Collective is known for being [comprised of] ex-entrepreneurs who want to help other entrepreneurs. Assuming it will become a much more competitive world, any seed fund really needs to think about its market positioning.

How many micro VC funds are you aware of?

A lot. When I started Cendana, the clear pioneers were Steve Anderson [of Baseline Ventures], Michael Dearing of [Harrison Metal] and Mike Maples [of Floodgate]; but I’ve probably met with or interviewed more than 260 groups since then, mostly in the U.S., because we don’t invest outside of the U.S., but also from Russia, Turkey, Berlin, China.

It seems like many more micro VC funds are being founded by venture capitalists.

A subset of them are definitely younger VCs from more established firms, which is an indictment of a lot of big firms that haven’t done enough about succession issues.

We think entrepreneurs have the most credibility with other entrepreneurs, because they’ve built their own companies.

The one element I’m wary about is a lot of ex-entrepreneurs’ [experience]. A lot of them haven’t seen investing cycles, and one of the quickest ways to destroy a portfolio is through follow-on rounds – investing so that you suddenly have a $2 million hole instead of a $500,000 hole [from an initial investment]. So they have to have discipline about follow-ons, bridge financings and the like.

How are all of these funds doing? Is it still too early to know?

They look promising. A lot of the established players I mentioned [like Baseline Ventures and Floodgate] and older groups like First Round have promising portfolios. But in terms of returns – aside from [Baseline], which had a huge hit in Instagram – I suspect a lot of it is [high but unrealized IRRs]. Things have been marked up hugely on paper, especially if you’re in Uber or Pinterest. But LPs are very focused on cash returns, and while last year was a great year for venture firms like Greylock, Accel, and Benchmark, which returned substantial capital back to LPs, there aren’t a lot of seed funds that could say [the same].

In the meantime, can things possibly remain as collegial as they have in past years between seed investors?

A lot of new seed funds are relatively smart about focusing on ownership. At the same time, you can’t have four funds trying to get 10 percent [of a startup]. I do think we’ll see some sharper elbows. 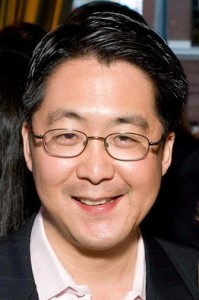