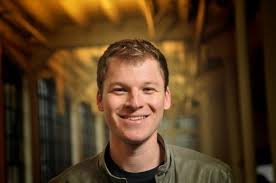 Scribd has had a circuitous arc. Started in San Francisco in 2007, Scribd’s original concept was to allow anyone to take any kind of written content and slap it on the Web. (Fifty million documents have been uploaded since.) By 2009, it was also running an electronic book market, allowing authors and publishers to upload their works, then set their own price for them and keep most of the revenue. In 2011, Scribd also launching a news reading app called Float. (It later folded Float back into the company.)

But the company thinks it has struck on its most promising transformation yet, as a digital lending library that charges $8.99 per month for unlimited access to roughly 100,000 titles from publishing partners like HarperCollins that can be read on pretty much any kind device.

The company is about a year into the shift, though it only announced it in October of last year. Earlier this week, I talked with cofounder and CEO Trip Adler to see how it’s going – and whether Scribd might raise more funding to move past competitors (including, potentially, Amazon) that also want to become the Netflix of books.

What can you tell us about how your new business is going? Are you releasing subscriber numbers?

We aren’t, but they look good. Since launching a little over a year ago, the [number of subscribers has] been growing 50 to 100 percent each month. I haven’t seen anything grow quite this fast [at Scribd].

Your business is increasingly reliant on subscriptions, whereas your document sharing business is largely ad supported. How much of that $8.99 is going in your pockets versus publishers whose books you’re renting?

We pay publishers based on reading activity, so if a customer reads a book, we pay the publisher for the book.

That seems like an expensive proposition. How much do the books cost you?

Some of the romance books might cost a few dollars; some of the best-sellers can cost up to $15. We have some power readers who will read many books in one month, but the typical user reads a book a month, and we’re optimizing around the average user, who costs us less [than the $8.99 monthly subscription fee]. The model has been profitable since we launched it.

You’re gathering a lot of data about how people consume books, including what prompts them to skip ahead, and whether people are more likely to finish biographies than business titles. Will you start charging publishers for these analytics?

Analytics isn’t part of our business model yet. So far, we’re just sharing it with publishers very openly, but it could be something down the road that we turn into a business model.

How are you marketing this new service?

Most of it has been organic; we have 80 million monthly active users, so we’re mostly marketing it to that audience, and growth hasn’t been a problem. We’re also starting to do more paid ads, and we’re talking to journalists like you.

How big is Scribd at this point, and is it profitable?

We have 55 employees, mostly in engineering and design. And we’ve been profitable for a while and growing revenue pretty steadily – 90 percent year over year since we started the company.

You’ve raised $26 million so far, with your most recent, $13 million round closing in 2011. Are you back in the market or will you be soon?

We might fundraise if it feels like we have a use for the cash, but it hasn’t been a priority for us. Right now, we’re just focused on making the product the best that we can.

People are throwing a lot of money around right now.

Things do seem frothy to me. The valuations that companies are getting are just crazy. For that reason, it could be a good time to fundraise. If you can build a company and get it profitable, funding comes naturally, though. It’s harder to build a profitable business than to raise money.