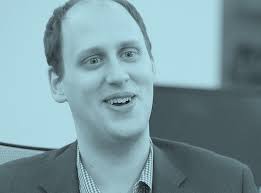 On Friday, we talked with CEO Ted Bailey of Dataminr, asking him for a little more detail about how his real-time information discovery platform works; whether he worries about Twitter, on which Dataminr is heavily reliant; and if he at all regrets letting Fidelity Management lead a $130 million investment in his company last March. (In November, at the same time that it slashed the value of numerous other investments, Fidelity marked down the company’s value by 35 percent.)

You can see the entire interview here, or you can just read the lightly edited highlights here:

Your business looks at social media to create a kind of sentiment analysis. Is that correct?

We do look at social media, but we differentiate ourselves by being real time, so we identify early information when people tweet and other sources before the news wires. We’ve pioneered real-time information discovery, meaning discovering information before it’s a trend.

What are you looking for?

It runs the gamut. Our customers run from investment professionals, [including] hedge funds and investment banks, to 250 news organizations, to public safety professionals, like major cities, fire departments, offices of emergency management . . .

What Dataminr tries to do is enable our customers to know about things sooner. Last year for example, there was a big gas explosion in New York City, and when that happened, people around it — acting as a real-time sensor for what was going on — took photos and tweeted pictures, and there was a signal we found in that. And we sent an alert to the [NYFD], and they said, “Oh, wow, there’s a huge fire; we’re going to send out the fire trucks.” After that, they received the first 911 call.