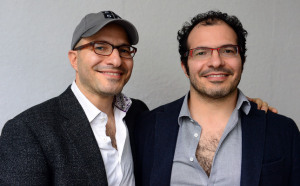 In a sit-down with general partner Mike Volpi of Index Ventures late last week, Volpi shared how 18-year-old Index approaches venture marketing — and why it worries about competing with its founders for attention.

Volpi – long a top Cisco executive before joining Index – also explained why he’s confident that investors, who largely shifted their focus to enterprise deals in 2013, will keep it there this year. Our conversation has been lightly edited for length.

You’ve been investing more in enterprise deals as a percentage of your overall fund than you have historically. Why?

In part because we opened this U.S. office, and there’s more [related dealflow] in the U.S, and I think that’s an effect of more entrepreneurs getting into the space.

Getting into the space from where, the consumer side of things?

At the margin, there is some switching going on, like David Sacks, who [created] an enterprise company like Yammer. Or you might look at Dropbox [Index led its $250 million Series B round], which really started as a consumer company but is seeing bigger portions of its business in the enterprise. So you see a crossover effect.

You’re also seeing people who’ve been on the sidelines in recent years getting back in the game. We have an investment in Pure Storage, and if you look at that team, it’s a lot of the folks who were at [the data storage company] Veritas [acquired by security software giant Symantec for $13.5 billion in 2004]. There are people who’ve been going to work every day at these larger corporations, but now they’re coming out of them and restarting things.

How steep is the learning curve for those crossing over from consumer startups?

There is a learning curve. Like it or not, enterprises require sales, whereas with consumers, you can find a great service and, through virality, consumers discover it. So the business processes of selling — find the lead, nurture the lead, educate the customer on the value proposition of what you do, then close them – that along with the tools required and the people you hire are different. When Dropbox decided to launch its “Dropbox For Business” products, it had to learn about things like compliance and corporate directories, which aren’t natural vocabulary words for consumer entrepreneurs.

You say three trends will make 2014 another big year for enterprise. What are they?

First, enterprise budgets tend to be economic-cycle driven; when the economy is doing well [as now], they’re spending money.

A much newer theme is that the pocket of money that startups went after is distributed now, which is a really good thing. Historically, the one customer in the enterprise was the CIO, and he or she was a technical user who decided, “I’m going to use Microsoft for this, and Oracle for that and Cisco for this.” Now, because you don’t need to buy the hardware anymore – you can go to Saleforce or Workday or Zuora – the decision-maker for that technology is no longer the CIO. It’s the VP of sales, it’s the CMO, it’s the CFO; it’s 10 different people at the company. Imagine that you’re the head of public relations at Twitter and want to do sentiment analysis. You don’t call the CIO. You look up “sentiment analysis technology” on Google. Something comes up and you call the sale rep of the company and they say, “Just send us your link and we’ll have some analyses for you.” Well, you just spent money on technology. You’re an enterprise customer.

Last, enterprises have consumer envy. Consumers have cool devices. They have Evernote, with beautiful graphics. Meanwhile, [the enterprise folks] are sitting there looking at [Microsoft] SharePoint or Word. They want some of that cool stuff – including more storage and networking stuff and cooler middleware — so that’s where the money is being, and will continue to be, spent.