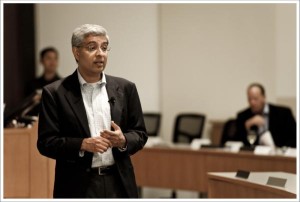 In some ways, its downsizing was inevitable. As the costs of starting both consumer-facing and enterprise startups has shrunk, the industry has largely become split among very small funds that can nurture these efficiently run startups, and very large funds that can help get the survivors either sold or taken public.

It left Sidana, who parted ways with Foundation in 2013, thinking about a big opportunity that he could chase with fewer dollars. Specifically, he began obsessing about the huge gulf between the best data centers — built by the likes of Amazon and Google, where one system administrator can manage 10,000 servers — and traditional enterprise data centers, where one administrator still sometimes manages just 25 to 50 servers.

Because those traditional enterprise data centers will never go away entirely, owing to privacy and security and latency concerns, and “because you have this radical efficiency on the other side,” entirely new companies will be created between the two, insists Sidana.

It’s that belief that has driven a number of Sidana’s angel investments over the last half year, including in startups Signal Fuse and Menlo Security (both of which remain in stealth mode).

Sidana’s thesis, along with his track record – his past board seats include FreeWheel, acquired by Comcast for $350 million and Altor Networks, acquired by Juniper for $95 million – has also attracted the attention of institutional investors.

Indeed, this morning, Sidana is officially taking the wraps off his new firm, Engineering Capital, as well as its debut, $32 million fund. The firm’s LPs include Foundation Capital founder Kathyrn Gould, investor-academic Steve Blank, and the fund of funds firm Cendana Capital. (We made brief mention of the fund in yesterday’s newsletter.)

Sidana hasn’t made any investments from his newly assembled pool of capital, but he says that Engineering Capital plans to build a concentrated portfolio of between 12 to 15 companies across such sectors as storage, networking, management, and security. “Any company leveraging this trend in IT” is fair game, he says.

Sidana will also be the first, anchor investor in them all if he has his way. “I’ll lead the round, price it, and take a board seat, which is different from a lot of other enterprise funds that are making small investments,” he says, calling his a“ rifle shot versus a shotgun approach.”

Asked how he settled on his new brand, Sidana — who once ran product management for one of VMWare’s flagship products, and who plans to run his firm single-handedly for now — says Engineering Capital aims to represent “venture capital for engineers.”

He adds with a laugh, “My joke is to ‘engineer’ the capital for them.”

Pictured: Sidana, speaking at the Wharton School in San Francisco in 2012 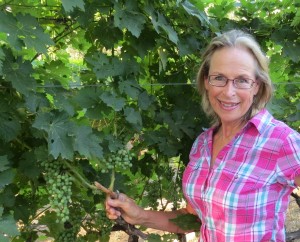