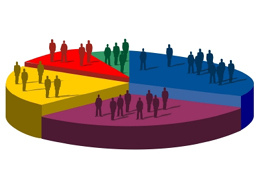 “People analytics,” applying predictive analytics to people’s careers, is here to stay. Perhaps the most recent indicator is LinkedIn’s brand-new acquisition of venture-backed Bright for $120 million — its biggest acquisition to date.

Jon Holman, a renowned recruiter who has been placing VCs and CEOs at Silicon Valley startups for more than 30 years, thinks big data will eventually impact CEO searches, as well. (“Hopefully, I’ll be retired by then,” jokes Holman.) We talked Friday; our chat has been edited for length.

What’s one interesting example of how companies are using this science?

Take Marriott, the big hotel chain. It has a game that it uses, sort of like “FarmVille,” to hire kitchen managers. They have hundreds, if not thousands, of [these employees], so they’re trying to predict whether someone will be good at the job through this game, which requires them to keep six things in their head at the same time and moves faster as it progresses.

It seems like most startups using analytics or gamification are still targeting hourly workers. Is that true?

For now, these startups are largely peddling their technologies to companies like Walmart that are looking to reduce turnover by 1 percent, which is a huge cost savings. But that’s changing. More [companies] will say, “Geez, that worked so well here, let’s start to apply it to students in management training programs.” Then, “Let’s try this with mid-level executives and product managers and accounting managers and sales executives.” And it will work its way up the food chain. It’s hard to imagine that it won’t happen.

Will it reach the corner office?

I think so. It hasn’t come to CEO searches yet because the numbers aren’t big enough. No one is hiring lots of CEOs, so there’s no easy way to gather the right kind of data.

What would be a good starting point for a startup willing to try?

Well, when it comes to hiring CEOs, it all comes down to reference checks. No one has interviewed more senior execs than I have, and it’s impossible to know based on an interview if someone is honest, if they work hard, if they get along with other people. Any senior exec knows how to answer questions about their collaborative style. In fact, 98 percent of the people I interview make perfectly credible presentations.

Ultimately, you get the data you need by talking with the people they’ve worked with – not just the names that they give you but four or five others they didn’t. And you do that because most people will be 10 percent more positive about the person than they really feel, and they probably won’t tell you if the person is an alcoholic or has harassed someone in the workplace because they know that person won’t be hired.

Is there a way to institutionalize the types of questions you ask?

I’m not sure how to incorporate it into a software system, but the secret to reference checking is not to let people get away with generalizations. You’ll hear of someone, “Jon was really nice to work with.” You then have to ask that person: “How many bosses have you had?” If they’ve had 11, you say, “Obviously, you’ve liked some more than others. Was Jon the best boss you’ve ever worked for and if not, what differentiates him from the best boss?”

You force [the references] to do forced ranking, to come up with something that’s less good about someone they thought highly of. You’re forcing them into conversations about negatives. That’s the secret to reference checks.