Several of the country’s most prominent venture capitalists have sent the startup world into a hysteria in recent weeks. Bill Gurley of Benchmark kicked off the panic when in an interview with the Wall Street Journal, he lamented that companies have taken their burn rates to levels not seen since 1999 and noted that “more humans in Silicon Valley are working for money-losing companies than [they] have been in 15 years. . .”

Fred Wilson of Union Square Ventures weighed in the following day, writing at his popular blog: “The thing I like so much about Bill’s point of view is that he does not focus on valuations as a measure of risk. He focuses on burn rates instead. That’s very smart and from my experience, very accurate.”

Roughly a week later, Marc Andreessen decided to explain on Twitter why he agrees with both Wilson and Gurley. Using even more vivid language than his peers, Andreessen wrote that “when the market turns, and it will turn, we will find out who has been swimming without trunks on: many high burn rate co’s will VAPORIZE.”

The truth is that none of the VCs needed to broadcast their thoughts so pointedly. Gurley has been saying for years that there’s a problem with later-stage investing. It’s largely because his firm believes so strongly that there’s an inverse correlation between how much money an outfit accepts and the returns it produces that Benchmark continues to raise funds in the neighborhood of $425 million instead of raising more capital, which it could easily do.

It isn’t the first time that Andreessen has voiced concern over burn rates, either. Back in July, he warned entrepreneurs against “[p]ouring huge money into overly glorious new headquarters” and of “[a]ssuming more cash is always available at higher and higher valuations, forever. This one will actually kill your company outright.”

So why clang the alarm bell more forcefully now? Well, burn rates really are rising at later-stage companies, as Pitchbook data underscores. But it’s also worth remembering that while VCs might be friendly and respect one another, when it comes to business, they do what it takes to burnish their own brands. Surely Wilson, Gurley, and Andreessen are genuinely astonished by some wild spending on the part of startups, but they’re also competing with each other – in this case, about who first noticed that startup spending is out of control and who is the most disgusted by it.

The warnings are also – and perhaps primarily — a defensive move. A flood of late-stage money has poured into the venture industry. While that’s been good for VCs in some cases – Tiger Global and T.Rowe Price are among other newer entrants to mark up investors’ earlier deals – that capital isn’t as welcome as it might have been a year ago, given that it just keeps coming. (As Fortune reported last week, Tiger Global is raising another $1.5 billion fund, just five months after raising its last $1.5 billion fund. It’s hard for anyone to compete with that kind of money, even Andreessen Horowitz, which has raised roughly $4 billion since launching five years ago.)

Gurley and Andreessen have grown increasingly transparent about their disdain for some newer funding sources, in fact. In April, in one of Andreessen’s famous series of tweets, he warned founders to be “highly skeptical” of growth-stage investors outside Silicon Valley, saying they offer founders “breathtaking high-valuation term sheet[s],” then convince the teams to “go exclusive and shut off other talks,” which limits founders’ options going forward.

On Saturday, presented on Twitter with a year-old chart that suggests rising burn rates don’t necessarily point to a bubble, Gurley tweeted: “[C]hart also doesn’t include 2014 (major uptick) and new sources late stage $$ (which is the majority of funding).” He then added, “I never said there was a valuation bubble — I just said burn rates and ‘risks’ are quite high.”

You can’t blame Andreessen, Gurley or Wilson for commenting on the market. These are frothy times, and if trouble is just up ahead, it’s better to be on record for acknowledging some of the risky behavior they’re seeing.

If in the meantime their warnings prompt more companies to eschew these “new sources of late stage money” zeroing in on them, well, that’s probably okay, too. 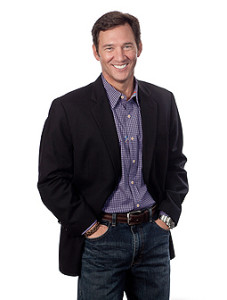